Meet the first player to play for three different countries in the international world cup. 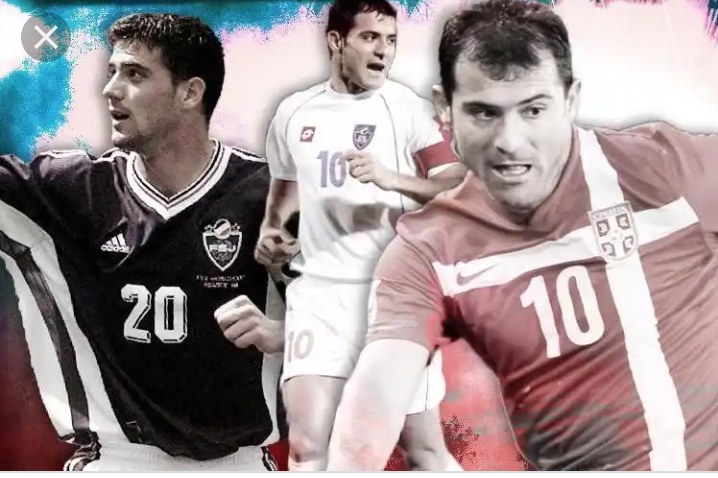 Was a midfielder played in the World Cup for the first time at France '98, representing the unified country of Yugoslavia. That very season, at the age of 20, he left Red Star Belgrade for Lazio.

He played three group fixtures in 1998, but he was left out of the last-sixteen defeat at the hands of Holland (2-1). Political trouble culminated in Yugoslavia's dissolution, forming five independent nations in 2001. Stankovic, born in Belgrade, went on to be picked by Serbia and Montenegro.

He joined Inter Milan, and was selected to represent his newly formed country at the World Cup in Germany in 2006, though the team's performance was strikingly poor. They finished bottom of their group with no points, scoring two goals and conceding 10, against Ivory Coast, Argentina and, once again, the Dutch. But the political and social changes did not cease and, following a referendum in which the people of Montenegro decided to separate from Serbia with a month to go for the 2010 World Cup, Stankovic was once again elegible to be selected for his third different national team.

With Serbia, he travelled to South Africa in 2010 to make history, However, despite obtaining his particular record, his side was knocked out in the group stage again. Serbia lost against Ghana (1-0) and Australia (2-1), though they surprisingly overcame Germany (1-0).

Stankovic is the only player to have played in three World Cups with three different countries, and yet, he never played a game after the group stage.

Content created and supplied by TrendingNow.Opera News is a free to use platform and the views and opinions expressed herein are solely those of the author and do not represent, reflect or express the views of Opera News. Any/all written content and images displayed are provided by the blogger/author, appear herein as submitted by the blogger/author and are unedited by Opera News. Opera News does not consent to nor does it condone the posting of any content that violates the rights (including the copyrights) of any third party, nor content that may malign, inter alia, any religion, ethnic group, organization, gender, company, or individual. Opera News furthermore does not condone the use of our platform for the purposes encouraging/endorsing hate speech, violation of human rights and/or utterances of a defamatory nature. If the content contained herein violates any of your rights, including those of copyright, and/or violates any the above mentioned factors, you are requested to immediately notify us using via the following email address [email protected] and/or report the article using the available reporting functionality built into our Platform. Read more>>