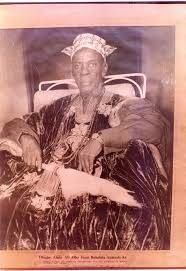 View pictures in App save up to 80% data. The king lived in Nigeria, the southwestern part of Ibadan, too many years ago, to be exact. This king was for Christ and still rejected the devil's presence. The first educated Olubadan (non-hereditary traditional ruler) of Ibadan, and the second Christian to rise to the throne, was Sir Isaac Babalola Akinyele (18 April, 1882 to 30 May, 1964). I have read of Oba Akinyele, the first president of the CAC (Christ Apostolic Church), the king who avoided using his crown.

Human sacrifice was very prevalent, as were other occult rituals. Since embracing Jesus, the king ordered all of the demonic rituals to be removed. Oba Isaac Akinyele was one of the largest cities in Africa, the Olubadan of Ibadan, the ruler of Ibadan. He encouraged Christianity in Ibadan and the surrounding areas throughout his rule. 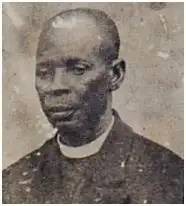 View pictures in App save up to 80% data. He was the son of Josiah Akinyele, one of the eighteenth-century early converts to Christianity. Alexander, his twin brother, became a priest and eventually became a bishop. As a priest, one of the founders of the Ibadan grammar school was Alexander. Via the junior ranks to which Nigerians had been relegated in those days, Isaac joined government work. He later retired and for several years, became a peasant.

Isaac Akinyele is a very committed member of the Apostolic Church of Christ and served in Nigeria as president of the church for a long time. In the traditional hierarchy over which an Oba, the Olubadan, has ruled since 1936, he also became chief and eventually rose. He became Otun Balogun, then Balogun, at the end of 1953. Problems were expected because the title was closely linked to the traditional Yoruba faith, making it impossible for a devout Christian to bear such a title. The problems were resolved, however and Akinyele climbed slowly towards the throne of the Oba.

Have you ever heard of him before? Do you hear of any king who dedicated himself to Christianity?

Content created and supplied by thegrapher.Opera News is a free to use platform and the views and opinions expressed herein are solely those of the author and do not represent, reflect or express the views of Opera News. Any/all written content and images displayed are provided by the blogger/author, appear herein as submitted by the blogger/author and are unedited by Opera News. Opera News does not consent to nor does it condone the posting of any content that violates the rights (including the copyrights) of any third party, nor content that may malign, inter alia, any religion, ethnic group, organization, gender, company, or individual. Opera News furthermore does not condone the use of our platform for the purposes encouraging/endorsing hate speech, violation of human rights and/or utterances of a defamatory nature. If the content contained herein violates any of your rights, including those of copyright, and/or violates any the above mentioned factors, you are requested to immediately notify us using via the following email address [email protected] and/or report the article using the available reporting functionality built into our Platform. Read more>>