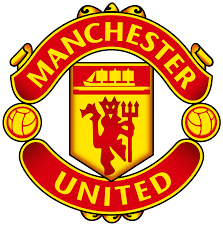 Manchester united are planning a shock move to reunite with their former defender, provided he doesn't sign a new deal by the turn of next year.

Manchester united head coach would like to add quality to his squad by adding a left- sided centre back, however he has just £20 million to spend in January.

Even though the 32 year old has only a year left in his contract, he is yet to agree a deal with the foxes, however he stated he'd be happy to extend his stay in the club.

If Leicester fails to pen him down come January transfer winter, the red Devil's could consider signing him considering the fact his name had been mentioned by United's player acquisition team as possible cut- price transfer option.

The Leicester centre back, Evans used to be a schoolboy at Old Trafford, after which he spent 10 years at senior team before joining West Brom in 2015.

He joined Leicester city 24 months ago, but a United source revealed:"

Johnny's name has come up in a conversation.

"There are still a lot of people here who have plenty of time for him - and that includes Ole and Mike Phelan".

Content created and supplied by Philexbobo.Opera News is a free to use platform and the views and opinions expressed herein are solely those of the author and do not represent, reflect or express the views of Opera News. Any/all written content and images displayed are provided by the blogger/author, appear herein as submitted by the blogger/author and are unedited by Opera News. Opera News does not consent to nor does it condone the posting of any content that violates the rights (including the copyrights) of any third party, nor content that may malign, inter alia, any religion, ethnic group, organization, gender, company, or individual. Opera News furthermore does not condone the use of our platform for the purposes encouraging/endorsing hate speech, violation of human rights and/or utterances of a defamatory nature. If the content contained herein violates any of your rights, including those of copyright, and/or violates any the above mentioned factors, you are requested to immediately notify us using via the following email address [email protected] and/or report the article using the available reporting functionality built into our Platform. Read more>>