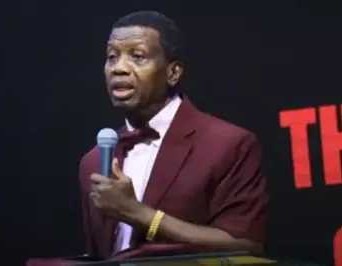 View pictures in App save up to 80% data. By the beginning of the new year, it is usually a period when pastors give prophecies of what would happen throughout the new year based on what God had revealed to them.

One of the prominent and modest pastors in Nigeria, Pastor Adeboye Enoch who sends out prophecy every new year, as the Daddy G.O of the RCCG.

In his prophecy at the beginning of this year, he has converged Nigeria with the whole world using the word "INTERNATIONAL", and thereby, he announced that government around the world will undergo a change, as some of this will be peaceful while others won't be peaceful. 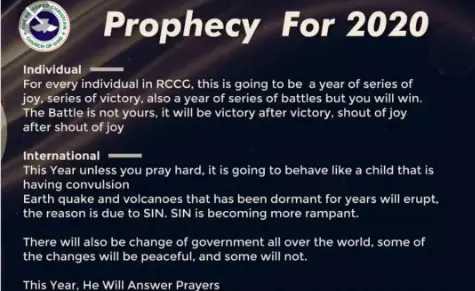 It looks like his prophecy is somehow in accordance with the things going on in the country presently, as we can all see that the End SARS Peaceful Protest on the 20th of October 2020 had turned out to be bloodstained, as several protesters who were unarmed were being shot dead. 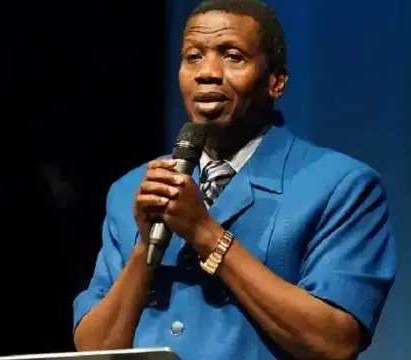 This is certainly a difficult time for our country and this is a period for us to strengthen our prayers for this country.

Content created and supplied by Temmyabbe.Opera News is a free to use platform and the views and opinions expressed herein are solely those of the author and do not represent, reflect or express the views of Opera News. Any/all written content and images displayed are provided by the blogger/author, appear herein as submitted by the blogger/author and are unedited by Opera News. Opera News does not consent to nor does it condone the posting of any content that violates the rights (including the copyrights) of any third party, nor content that may malign, inter alia, any religion, ethnic group, organization, gender, company, or individual. Opera News furthermore does not condone the use of our platform for the purposes encouraging/endorsing hate speech, violation of human rights and/or utterances of a defamatory nature. If the content contained herein violates any of your rights, including those of copyright, and/or violates any the above mentioned factors, you are requested to immediately notify us using via the following email address [email protected] and/or report the article using the available reporting functionality built into our Platform. Read more>>