Ronaldo is definitely edging closer to become the highest goal scoring player in the history of the game. Many would have thought no player would challenge the likes of Pelle, Romario, and Gerd Muller in the top of the chart. The emergence of Cristiano Ronaldo and Lionel Messi proved otherwise as both players have shown great consistency in the last decade. 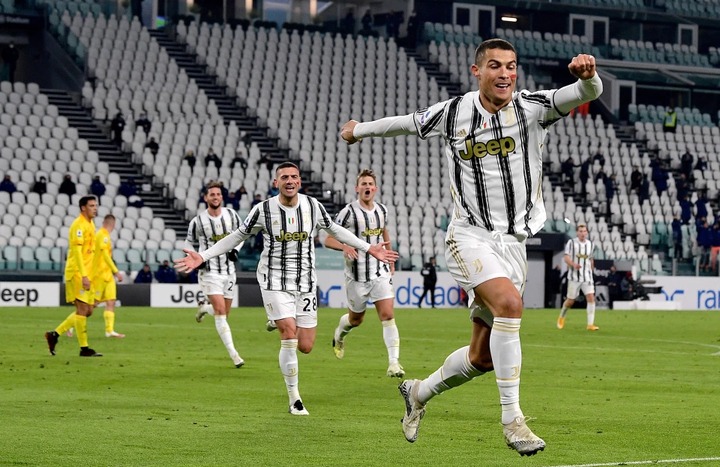 Ronaldo is undoubtedly a goal machine and considering the number of career goals the Portuguese has scored, he's indeed a legend. Ronaldo have scored astonishing goals at both club and national level. Last season, he became the highest goal scorer for the national team as no one could reach that peak.

Two goals against Cagliari proves to be important as Ronaldo continue to chase the top of the chart and become the most prolific footballer the world has ever seen. The 34-year old is behind Brazilian legend, Pelle, and that story could change this season. Ronaldo needs 19 more goals to become the highest goal scorer in the history of football and that could all happen this season. Considering Ronaldo's goalscroring will, it could take him just this season to get on top of the pile. Check out the full list of most scorers in world football: 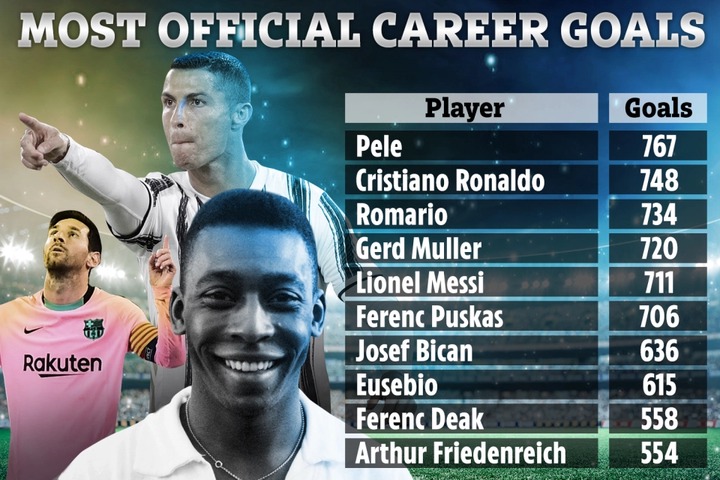 Do you think Ronaldo can take out Pele with just 20 goals more this season. He has scored more than that outrageous number in the past. The question is, can he do it again?

Content created and supplied by fijaborn2030.Opera News is a free to use platform and the views and opinions expressed herein are solely those of the author and do not represent, reflect or express the views of Opera News. Any/all written content and images displayed are provided by the blogger/author, appear herein as submitted by the blogger/author and are unedited by Opera News. Opera News does not consent to nor does it condone the posting of any content that violates the rights (including the copyrights) of any third party, nor content that may malign, inter alia, any religion, ethnic group, organization, gender, company, or individual. Opera News furthermore does not condone the use of our platform for the purposes encouraging/endorsing hate speech, violation of human rights and/or utterances of a defamatory nature. If the content contained herein violates any of your rights, including those of copyright, and/or violates any the above mentioned factors, you are requested to immediately notify us using via the following email address [email protected] and/or report the article using the available reporting functionality built into our Platform. Read more>>