Every football clubs usually have their own reserves where young footballers are raised from their childhood stage. They are being trained from the early stages of their lives and can be promoted to the team squad when graduated or sold to other clubs. The reserves are also known as academies.

Chelsea currently remains one of the English clubs with the most academy products in England. The club has been known for its roles in building and raising some of the star footballers in the world today.

Below are four young footballers who are currently in their top forms, they are Chelsea academy products. The list contains Nathan Ake who is currently playing for the fellow league club, Manchester City. He was signed into the club in the last transfer window. The list also sees Tariq Lamptey who is now playing for Brighton and Hove Albion and Reece James who is playing for the Blues as a defender. Jeremie Boga is also on the list. 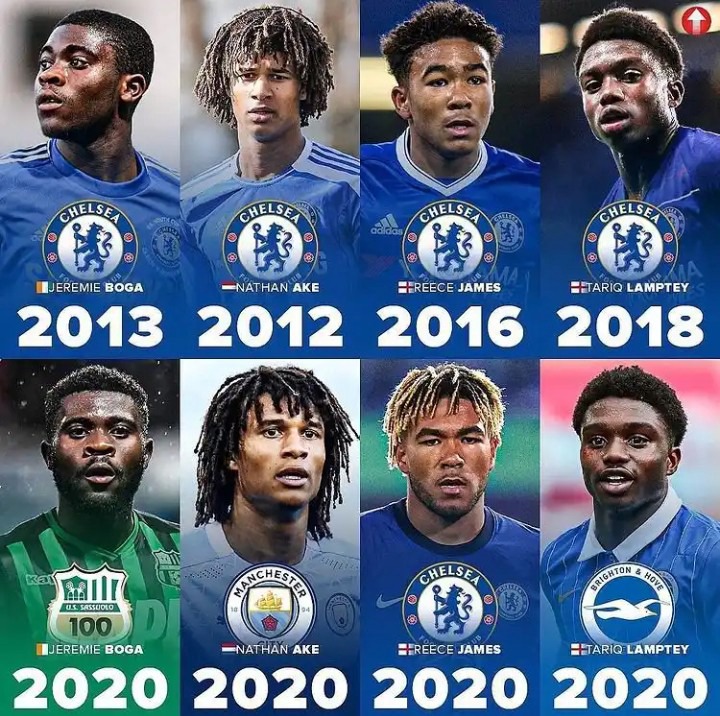 Some of these players are currently one of the best in the world in terms of the position they are playing in their respective clubs as a player.

The big question now is, among the 3 Chelsea academy graduates who are out of the club, which player do you think should have been kept at the club?

Content created and supplied by Infocruiseace.Opera News is a free to use platform and the views and opinions expressed herein are solely those of the author and do not represent, reflect or express the views of Opera News. Any/all written content and images displayed are provided by the blogger/author, appear herein as submitted by the blogger/author and are unedited by Opera News. Opera News does not consent to nor does it condone the posting of any content that violates the rights (including the copyrights) of any third party, nor content that may malign, inter alia, any religion, ethnic group, organization, gender, company, or individual. Opera News furthermore does not condone the use of our platform for the purposes encouraging/endorsing hate speech, violation of human rights and/or utterances of a defamatory nature. If the content contained herein violates any of your rights, including those of copyright, and/or violates any the above mentioned factors, you are requested to immediately notify us using via the following email address [email protected] and/or report the article using the available reporting functionality built into our Platform. Read more>>