They have not been able to keep a clean sheet record as the Chelsea are just doing currently. The Manchester United were known as the red devils during the time of Cristiano Ronaldo, Tears, Brown, Paul scholes and the rest of them under the supervision of their legendary coach Sir Alex Ferguson.

The future now rest on top of these Players in the table below. The question is, can they keep on with the legacy these past layers left?

Let's take a look at some of the players below.

From the table below, the defenders were selected to be The 22 years old England player Aaron Wants Bissaka who has known to be the best Man United defender after Harry MaGuire.,Salt is also a future Manchester United defender, James, Williams and Mendi.

The goalkeeper. The 23 years old goalie by name Henderson is one of the suspected Manchester future goalkeeper after David De Gea is transferred.

The suspected future midfielders are Van de Beek the newly signed Netherlands player and the rest of them. 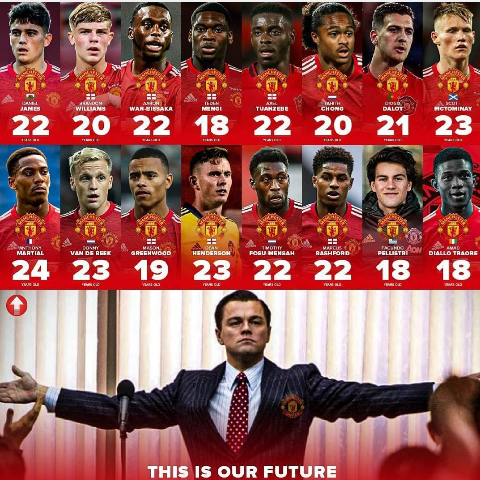 Content created and supplied by Veronica55.Opera News is a free to use platform and the views and opinions expressed herein are solely those of the author and do not represent, reflect or express the views of Opera News. Any/all written content and images displayed are provided by the blogger/author, appear herein as submitted by the blogger/author and are unedited by Opera News. Opera News does not consent to nor does it condone the posting of any content that violates the rights (including the copyrights) of any third party, nor content that may malign, inter alia, any religion, ethnic group, organization, gender, company, or individual. Opera News furthermore does not condone the use of our platform for the purposes encouraging/endorsing hate speech, violation of human rights and/or utterances of a defamatory nature. If the content contained herein violates any of your rights, including those of copyright, and/or violates any the above mentioned factors, you are requested to immediately notify us using via the following email address [email protected] and/or report the article using the available reporting functionality built into our Platform. Read more>>