Buhari's daughter react to the news of 110 farmers killed in Borno State, check out what she said

The state of insecurity in Nigeria is certainly nothing to write home about but recent events show we're really in a terrible situation. For some years now, the poor state of insecurity in the country has really gotten its toll on the lives of Northerners than any other region in the country. Most especially, Borno State has been crippled by incessant attacks by the terrorists who have taken control of that sovereign space.

We really don't know how to put an end to this without pleading to the government to take a step. This is not a fight that can be won by civilians and we just wonder what the government is doing.

According to recent reports about 110 farmers have been killed by terrorists who are planning to take over certain communities in the state. With 47 people buried already, this is really a tough moment for the people of Borno State. 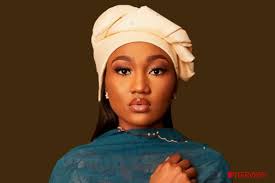 The President's daughter, Zahra Buhari has also reacted to the terrifying news and she just couldn't wrap her head round the recent happenings. Zahra said her "heart is bleeding" at the moment and I guess that shows how bad the situation is. We just hope things get better in the country. However, at the moment, the government has a lot to do in order to preserve the lives of others in the State.

Content created and supplied by fijaborn2030.Opera News is a free to use platform and the views and opinions expressed herein are solely those of the author and do not represent, reflect or express the views of Opera News. Any/all written content and images displayed are provided by the blogger/author, appear herein as submitted by the blogger/author and are unedited by Opera News. Opera News does not consent to nor does it condone the posting of any content that violates the rights (including the copyrights) of any third party, nor content that may malign, inter alia, any religion, ethnic group, organization, gender, company, or individual. Opera News furthermore does not condone the use of our platform for the purposes encouraging/endorsing hate speech, violation of human rights and/or utterances of a defamatory nature. If the content contained herein violates any of your rights, including those of copyright, and/or violates any the above mentioned factors, you are requested to immediately notify us using via the following email address [email protected] and/or report the article using the available reporting functionality built into our Platform. Read more>>