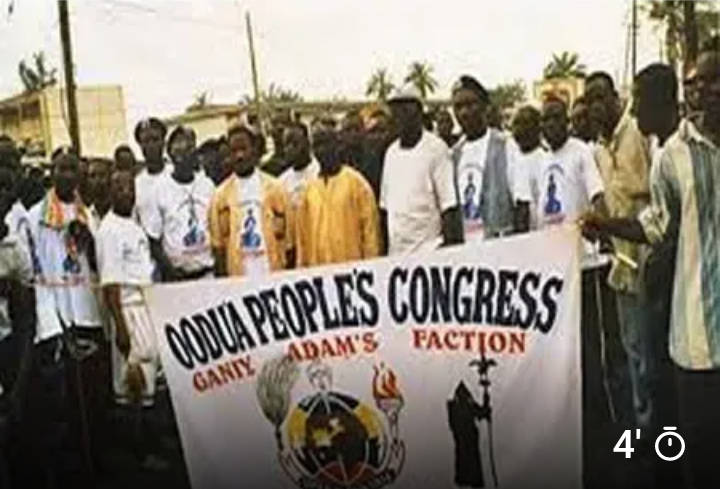 The Oodua People’s Congress (OPC) has called for an immediate stop to the destruction of lives and billions of naira worth of property in the South-West, warning that if the violence persisted, the organisation might be forced to roll out its men and guarantee security.

Lamenting the Lekki Tollgate killings and the subsequent wanton destruction of lives and properties, Otunba Wasiu Afolabi (alias “Askari,”) Deputy President to the late Founder, Dr. Frederick Fasehun, said in a statement on Friday, that rioters should withdraw from the streets and end the violence.

OPC also called for President Muhammadu Buhari and Lagos governor Babajide Sanwo-Olu to immediately empanel commissions of enquiry at both the Federal and state levels to investigate, identify and sanction those behind Tuesday’s shooting of unarmed protesters at Lekki in Lagos.

“Such a heinous crime must not be swept under the carpet; or else we shall be nurturing a licence-to-kill mentality in our military men and security operatives as well as open up our civilian citizenry to the abuse and impunity of those supposed to protect us,” Afolabi said.

OPC noted that the peaceful conduct of the #EndSARS protests had been hijacked by hoodlums who now found an opportunity to loot, cause mayhem and destroy the economic basis of the region.

“Private businesses, many of whom like OPC backed the highly credible #EndSARS campaign, should not suffer for the ineptitude of the government and the criminality of evil policemen.

“And OPC as an organisation will not fold its arms and watch the region turned into the scapegoat of the #EndSARS protests,” the OPC Deputy President said.

Afolabi issued the statement after the OPC executives met Lagos to review events of the last few days.

The organisation noted that every agitation must end on the negotiation table and time had come for campaigners to step back and see whether or not the government would fulfil its promise to end SARS and bring about massive reforms in the police.

In his words, Afolabi said: “The #EndSARS campaigns got our unflinching support and we fully backed the protesters. 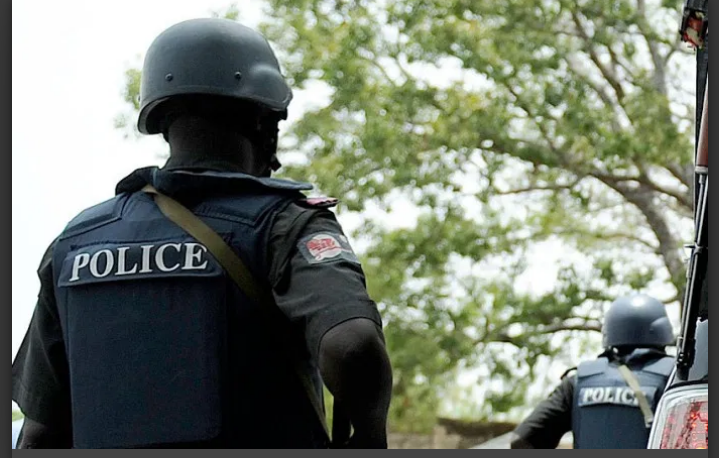 The Federal Road Safety Corps (FRSC) has decried incessant attacks on its personnel and operational tools due to the ENDSARS protest ongoing in the country.

The Corps Public Education Officer (CPEO) Assistant Corps Marshal Bisi Kazeem disclosed this in an interview with newsmen on Friday in Abuja.

It was gathered that the FRSC commands and operatives in some part of the country had been attacked following the ENDSARS protest.

Kazeem said that the Corps had suffered a lot of damage due to the protest as some of the operational vehicles and tools of operations had been destroyed in some part of the country.

He said that the Corps Marshal, FRSC, Dr. Boboye Oyeyemi, had directed that all formations be placed on alert to avert further attack on its personnel due to the ENDSARS protest ongoing in the country. 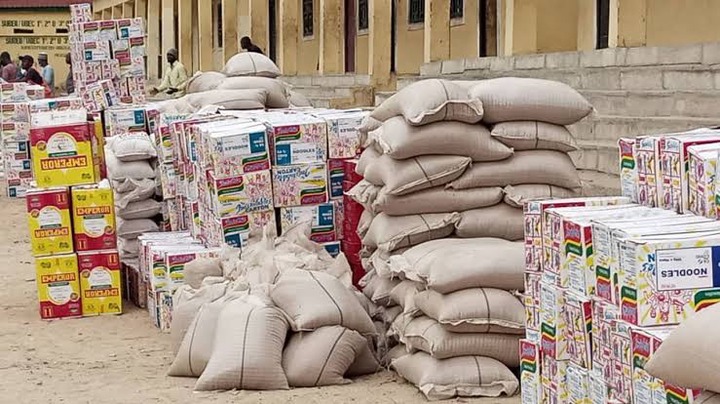 The Osun Food and Relief Committee on COVID-19, on Friday, said the looted items at a warehouse in Ede town were not hoarded, but rather kept for flag-off of official distribution. 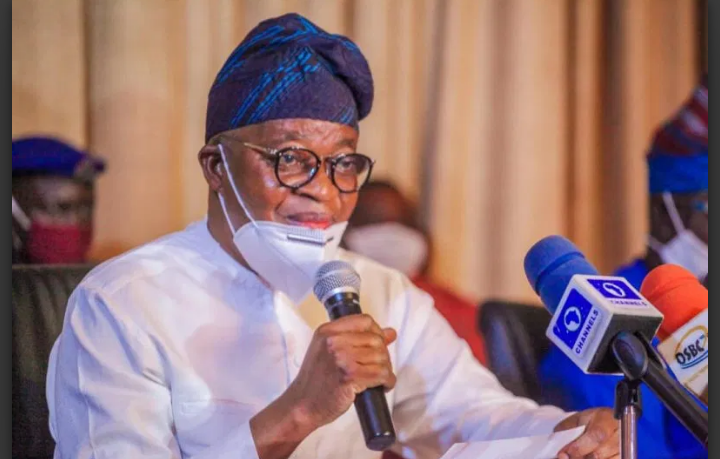 Bayo Jimoh, secretary to the committee, in a statement in Osogbo, said that the looted items were donated to the committee as palliatives to the people by Private Sector Coalition Against COVID-19 (CACOVID).

Some angry youth in the early hours of Friday broke into a warehouse in Ede town and carted away COVID-19 palliatives meant for distribution.

Items such as beans, noodles, sugar, salt, garri, rice, pastas, vegetable oil, among others, were looted from the warehouse located within the moribund Cocoa Industry, Ede.

The incident, however, happened barely 24 hours after the state government announced the suspension of dusk-till-dawn curfew imposed following the #EndSARS protest.

Governor Adegboyega Oyetola had in April inaugurated a 21-member Food and Relief Committee to cushion the effect of COVID-19 on the people of the state.

Mr Jimoh, however, said that the looted food items had no direct bearing with the state government, adding that the items were within the purview of the Food and Relief Committee.

He said as such, the items could only be distributed after a formal flag-off by the CACOVID Office, Abuja.

The statement read partly, ”We do not have the authority to distribute the food items without approval from Abuja. 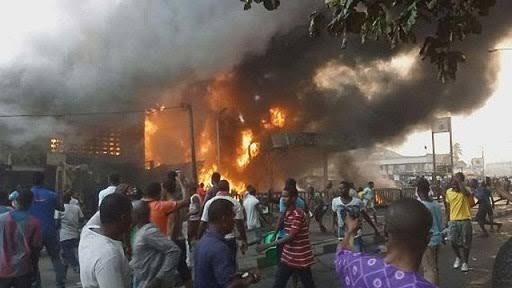 Zenith, Access, and FCMB bank buildings were among the facilities vandalised on Thursday by hoodlums in Uyo, Akwa Ibom.

The commissioner for information, Akwa Ibom State, Ini Emembong, accompanied by other government officials, visited the vandalised facilities on Friday to ascertain the extent of damage.

Mr Ememobong said the destruction was an ”act of criminality against democracy and humanity and will be treated as such.”

The commissioner said “foreigners with active collaboration with some indigenous persons” were responsible for the attacks."

He said Governor Udom Emmanuel “deeply sympathised” with corporate organisations and people affected by the attacks.

Amos Etuk, the chairperson of the Nigeria Union of Journalists (NUJ) in Akwa Ibom State, accompanied Mr Ememobong on the inspection tour.

Mr Etuk said the destruction done to public and private facilities was “senseless.”

“We were very shocked at what we saw, it was unbelievable,” he said. “Akwa Ibom State is not known for violence.” 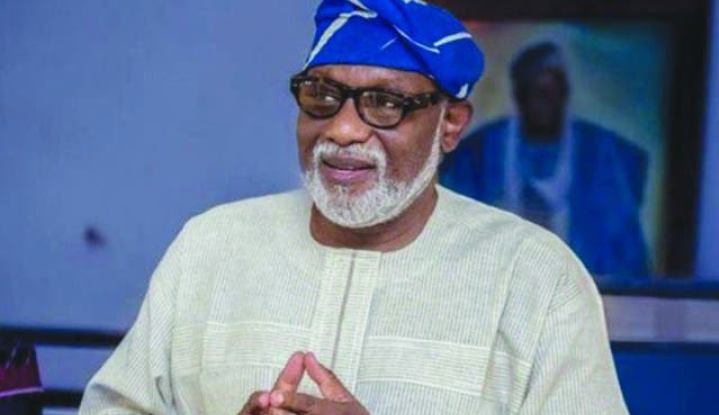 Gov. Oluwarotimi Akeredolu of Ondo State has lifted the 24 – hour indefinite curfew he imposed on the state, following the return of peace to Akure, the state capital.

Mr Donald Ojogo, Commissioner for Information and Orientation, said on Friday in Akure, that the decision is with effect from Saturday.

REcall Akeredolu imposed the curfew on Wednesday to prevent loss of lives and properties as #EndSARS protesters took to the street in some major cities of the state.

According to Ojogo, the decision to lift the curfew follows consultations between the governor and security chiefs in the state after a preliminary assessment of the security situation.

“The relative peace in the state capital, Akure, appears very encouraging just as the people’s resolve, especially the youths, not to allow brigandage under any guise is equally palpable.

“It is, therefore, only normal that law abiding residents are allowed to go about their legitimate businesses.

“Government, however, emphasizes the need for all to be vigilant and law-abiding.

“This is moreso, that security agencies deployed to strategic areas of the state capital are under strict directives to enforce law and order for the enforcement of permanent peace,” he said. (NAN)

Content created and supplied by AprokoDoctor.Opera News is a free to use platform and the views and opinions expressed herein are solely those of the author and do not represent, reflect or express the views of Opera News. Any/all written content and images displayed are provided by the blogger/author, appear herein as submitted by the blogger/author and are unedited by Opera News. Opera News does not consent to nor does it condone the posting of any content that violates the rights (including the copyrights) of any third party, nor content that may malign, inter alia, any religion, ethnic group, organization, gender, company, or individual. Opera News furthermore does not condone the use of our platform for the purposes encouraging/endorsing hate speech, violation of human rights and/or utterances of a defamatory nature. If the content contained herein violates any of your rights, including those of copyright, and/or violates any the above mentioned factors, you are requested to immediately notify us using via the following email address [email protected] and/or report the article using the available reporting functionality built into our Platform. Read more>>