APC Sends A Message To PDP, See What They Said Jonathan Has Been Doing For Buhari's Government.

APC Sends A Message To PDP, See What They Said Jonathan Has Been Doing For Buhari's Government. 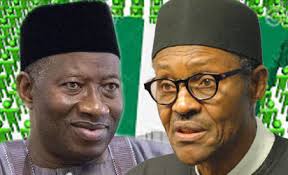 Goodluck Ebele Jonathan is a man many Nigerians will not forget in a hurry because of his humble way of life. He is the former president of Nigeria and he loves being at peace with everyone he associates with.

Goodluck Jonathan lost the president election in 2015 to current president, Muhammadu Buhari and he was quick to concede defeat. He even Congratulated Buhari. 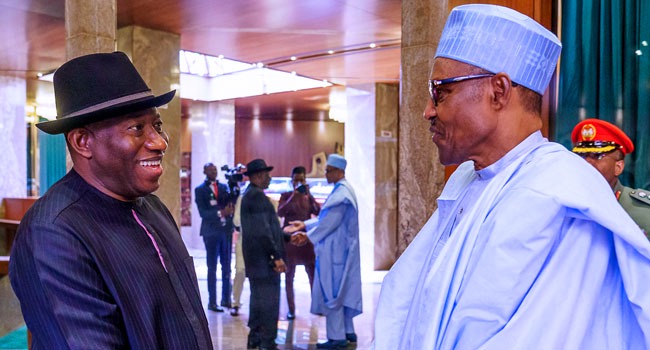 It is not every incumbent president that will concede defeat easily to their opponent but Goodluck Ebele Jonathan showed why he is a man of peace by conceding defeat and congratulating Buhari back in 2015. 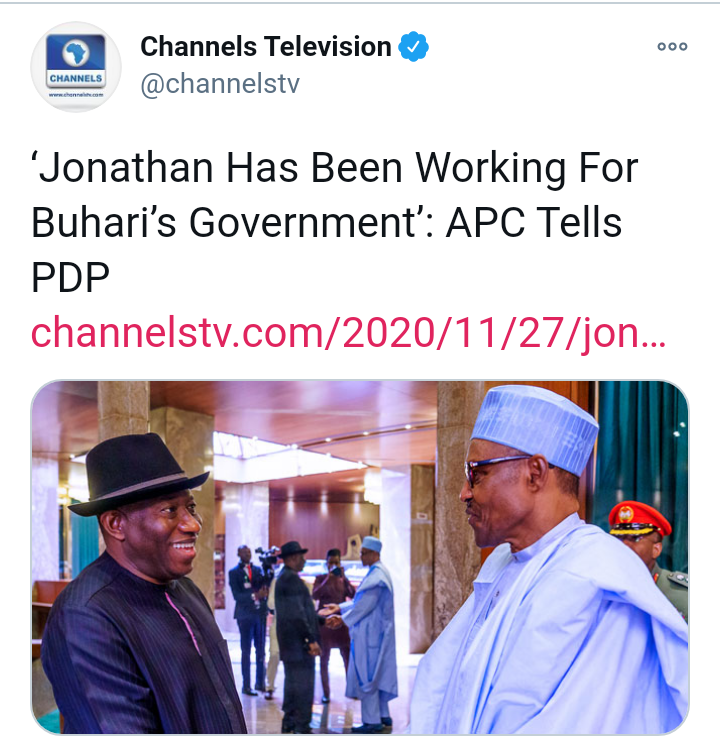 On Friday, The All Progressive Congress (APC) said former President Goodluck Ebele Jonathan has supported the current administration despite being a card-carrying member of the Peoples Democratic Party. 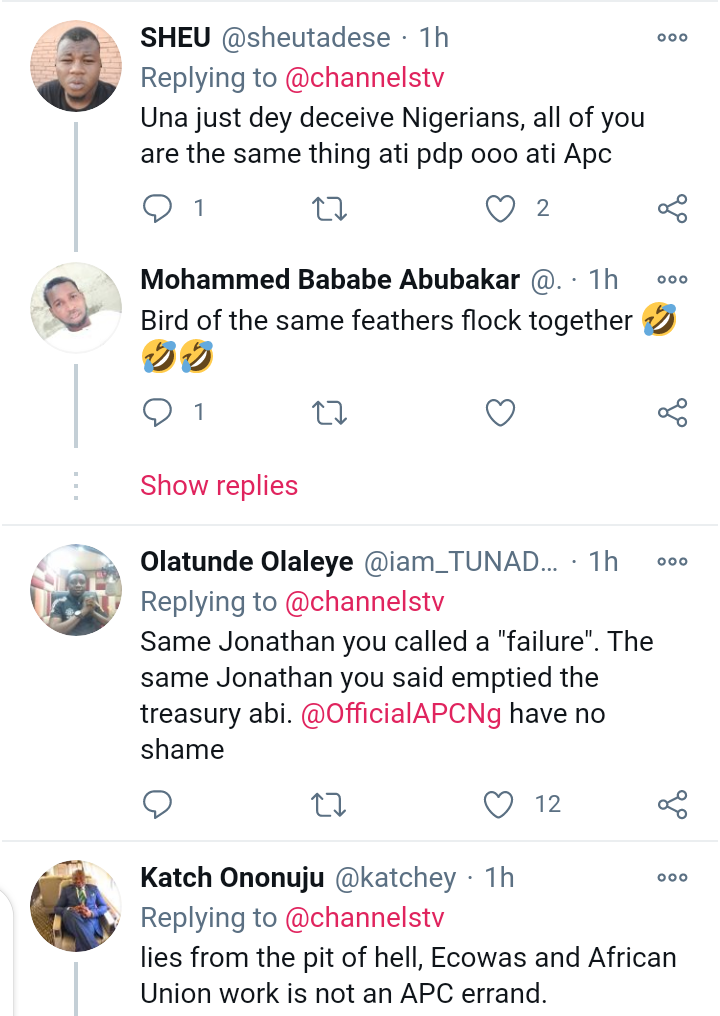 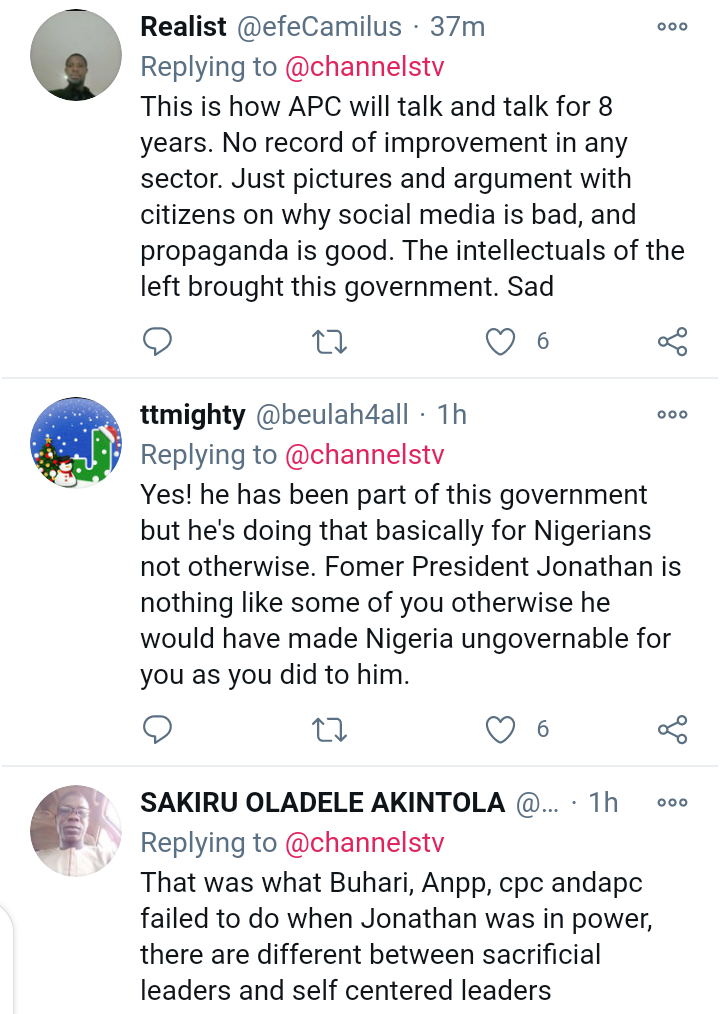 As a Nigerian, what do you have to say about the claim APC made about Goodluck Jonathan?

If you have anything to say, visit the comment section below and say it.

Content created and supplied by Gisting.Opera News is a free to use platform and the views and opinions expressed herein are solely those of the author and do not represent, reflect or express the views of Opera News. Any/all written content and images displayed are provided by the blogger/author, appear herein as submitted by the blogger/author and are unedited by Opera News. Opera News does not consent to nor does it condone the posting of any content that violates the rights (including the copyrights) of any third party, nor content that may malign, inter alia, any religion, ethnic group, organization, gender, company, or individual. Opera News furthermore does not condone the use of our platform for the purposes encouraging/endorsing hate speech, violation of human rights and/or utterances of a defamatory nature. If the content contained herein violates any of your rights, including those of copyright, and/or violates any the above mentioned factors, you are requested to immediately notify us using via the following email address [email protected] and/or report the article using the available reporting functionality built into our Platform. Read more>>