After The Massacre Of 40 Farmers, See What Aisha Ordered Nigerians To Do To Buhari

Insurgency is now a norm in Nigeria as the country has been ranked to be amongst the top nations affected by terrorists. The inability of the Nigerian Army to wipe out the terrorists, is really a need for a change in every sector in Nigeria.

The Northern states are the places greatly affected by insurgents as most of them live in rural areas. While we still mourn the sad death of Late APC Chairman in Zamfara alongside top Senators who have been killed or kidnapped, some farmers were reported to have been killed in Zambari area. People who were working hard to earn a living in the North were masscred, will the government relax after this? Buhari has created massive job opportunities for Nigerians and some were farming when they were murdered. 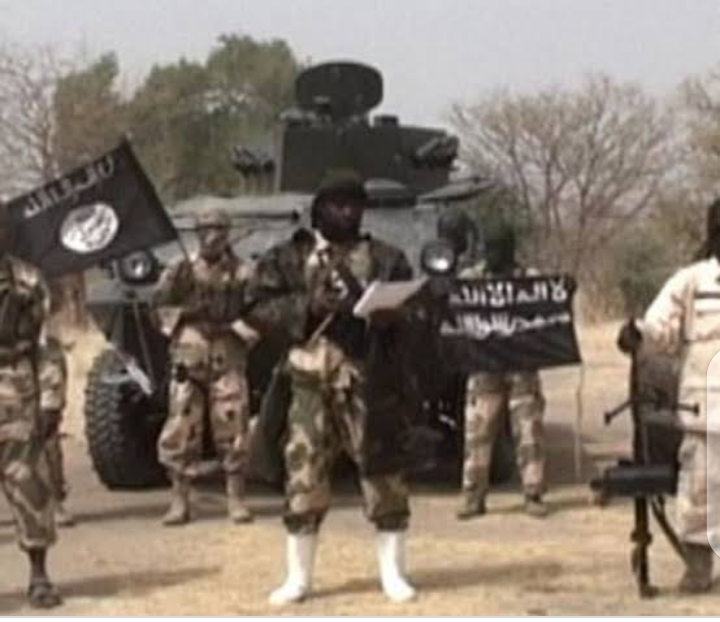 I still think the Nigerian Army is not ready to face these terrorists fully. There must be a blockage to the successful wipe out of all these terrorists in Nigeria, so that we can live in peace.

Aisha Yesufu has reacted to the indiscriminate killings as she said that being a good citizen nor praising President Buhari wouldn't stop the killings. She added that Nigerians must call him out and give him the incentives to go after those killing our fellow citizens. 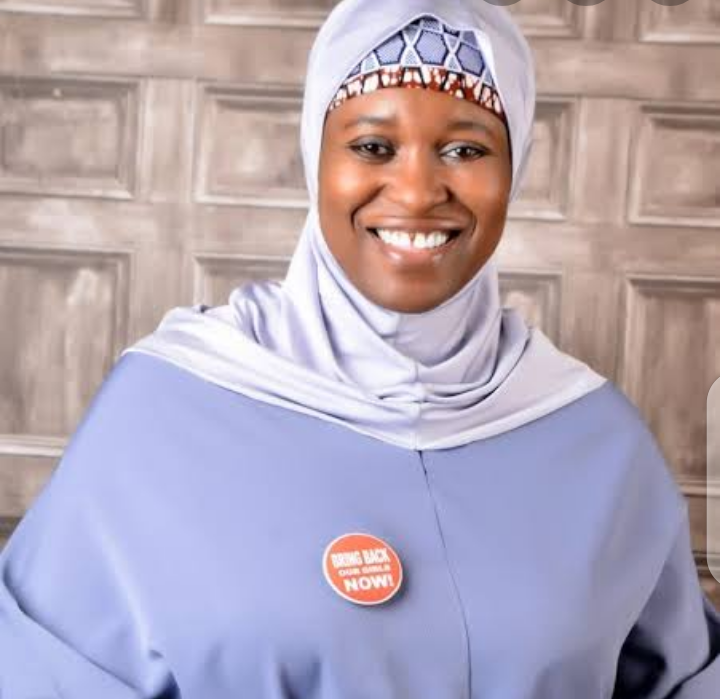 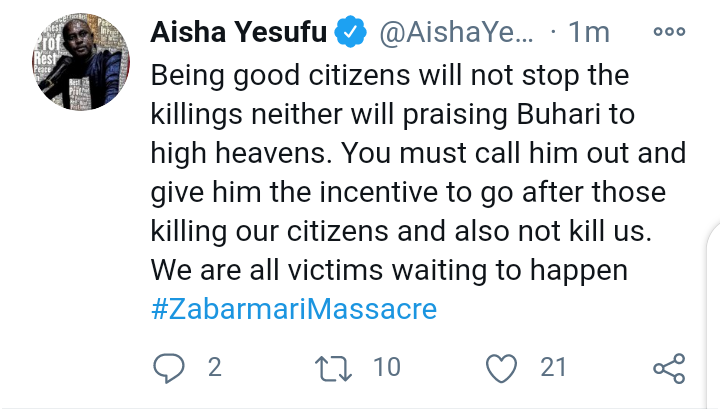 Such wonderful words from a great Nigerian hero, this is truly what should be done because enough is enough to all these killings and kidnappings in the nation. 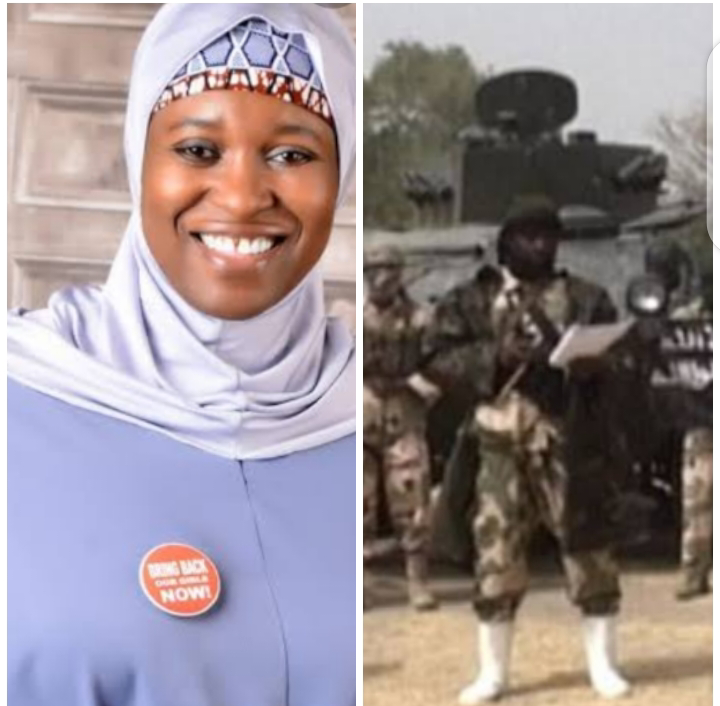 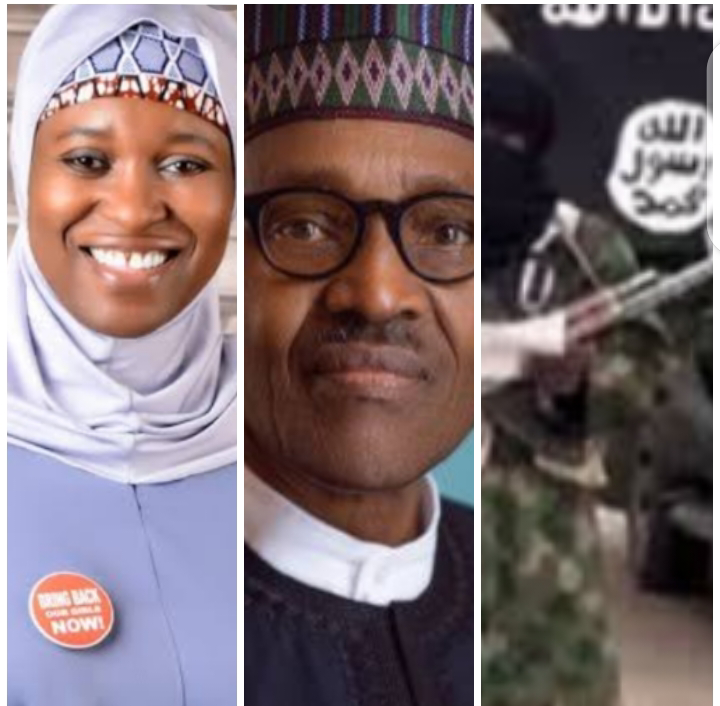 What do you think about this? Is Aisha's point acceptable by all Nigerians? What should be done to eradicate these terrorists immediately? Share your views below and don't forget to follow me for more interesting articles.

Content created and supplied by Oluwaseyin5.Opera News is a free to use platform and the views and opinions expressed herein are solely those of the author and do not represent, reflect or express the views of Opera News. Any/all written content and images displayed are provided by the blogger/author, appear herein as submitted by the blogger/author and are unedited by Opera News. Opera News does not consent to nor does it condone the posting of any content that violates the rights (including the copyrights) of any third party, nor content that may malign, inter alia, any religion, ethnic group, organization, gender, company, or individual. Opera News furthermore does not condone the use of our platform for the purposes encouraging/endorsing hate speech, violation of human rights and/or utterances of a defamatory nature. If the content contained herein violates any of your rights, including those of copyright, and/or violates any the above mentioned factors, you are requested to immediately notify us using via the following email address o[email protected] and/or report the article using the available reporting functionality built into our Platform. Read more>>