Manchester United manager Ole Gunnar Solskjaer has a whole host of talent in his squad at the Old Trafford club, but to continue putting his mark on the team he will be seeking to do something similar to what Sir Alex Ferguson did at the club – continuing to trust the clubs talented youth players and giving them opportunities to succeed in the first team, which is the way the club has been run for over a century. This is the DNA of United, the main thing that keeps supporters supporting the club.

When you talk about United, two things seem synonymous – the Busby Babes and the Class of 1992. Both incarnations involved talent youth players making up a lot of the squad and guiding the club to glory, which is what both levels did, albeit one of them, the Busby Babes were ended after that fateful plane crash in Munich on the 6 February 1958. Ten years later though, Sir Matt Busby honoured their deaths with a European Cup victory, beating Benfica 4-1 at Wembley Stadium. 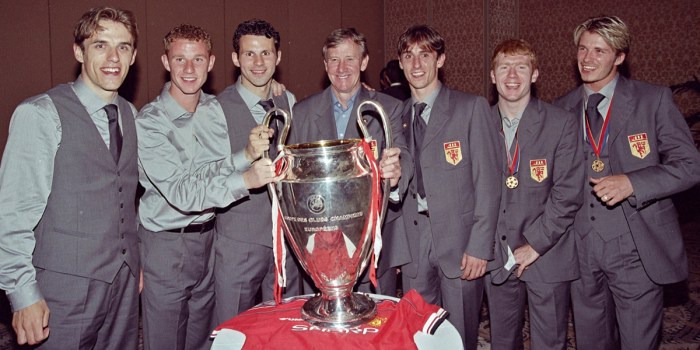 For Solskjaer to create his own style at United, which like Ferguson’s was moulded on the style of Busby – fast-paced attacking football with United pushing themselves on the opposition, in their half, for the majority of the match, which is what Solskjaer has started to implement and has been sown for much of 2020 so far, especially after the Premier League restart because of the coronavirus pandemic which suspended world football for about three months in mid-March.

Solskjaer will be looking to bring in a few new faces this summer, to continue United’s rise, also seeking to end a few careers at the club, making way for new faces – some of which will be from the clubs successful academy, which helped the Busby Babes, the Class of 1992 and other players from other periods to attain their places in the game, many of whom ended up leave the club for pastures new, forming a career for themselves, albeit at a lower or different level to that of United.

Which players from the clubs academy could Solskjaer look to bring through to the first team in the not too distant future and beyond?

There are eight players at this moment in time who are excelling in their abilities at youth level and need to find a way to break into first team football, whether it is under Solskjaer in United’s first team or at another club in the form of a loan spell during the 2020/21 season. Loan spells away from United have been important in the growth of young players. Look what being loaned out has done for United goalkeeper Dean Henderson at Sheffield United. He’s turned into a decent player.

Players such as David Beckham were loaned out before making United’s first team. Not all players will make it though, that is down to football, the opportunity each player has and how they take their chances. This is not a detriment to the abilities of players who did not make the grade at United, their schooling at the club gave them something, many of them forming careers in the game. The eight players that Solskjaer should keep an eye on are detailed below; The right-back is a player who can also play at left-back and in the central areas of the back four, so will be a player that offers a lot to Solskjaer. He has been promoted to first team training already and could make an appearance soon, having already made his debut in the UEFA Europa League against FC Astana in Kazakhstan in November. At youth level, Laird has played 54 times, scoring four goals and 16 assists. He could well be the player that takes on Aaron Wan-Bissaka for the right-back role. 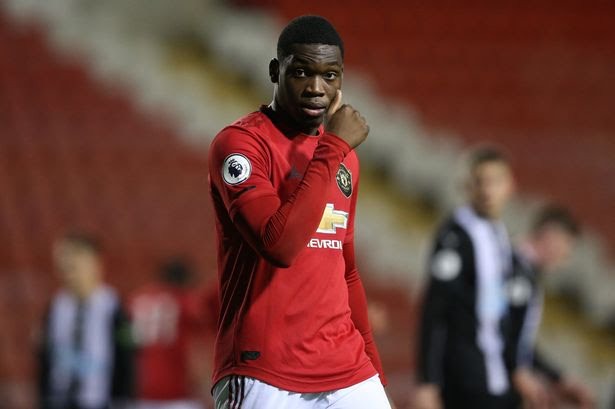 The central defender is the player that has been tipped to be the next youth player to make it into the first team. He has been training with Solskjaer’s squad for a while – he has been around the first team but has not yet played until recently. In three seasons at youth level, he has played 50 times, scoring twice and assisting five times. With a lack of depth in defence at this stage of the season, Mengi could be crucial in the remaining matches of the season, albeit on the bench but could get a run out sooner rather than later.

Another central defender that could offer more will keep Solskjaer happy. He seems to be inundated with quality defenders coming through the youth ranks. Like Laird, Bernard made his debut in the UEFA Europa League back in November against FC Astana. At youth level, finishing his third season at United, the defender has made 55 appearances, scoring five goals and one assist – showing his class from the back, which is something that might get him noticed by Solskjaer in the future. Perhaps one of the more experienced players on this list and possibly one who has the talent to play in the first team now, although I feel a season on loan for him would do him the world of good during his career, which is likely to be at United, unless something goes dreadfully wrong. In four seasons at the club, he has made seven first team appearances, assisting one goal. At youth level, he has made 63 appearances, scoring 14 goals and nine assists. A talented midfielder just waiting for that chance. Hopefully Solskjaer will have some plans for him. Although he is already on loan

The Northern Ireland midfielder operates in a withdrawn, defensive area, which is a position that Solskjaer will need to make arrangements for in the future, with Nemanja Matic not getting any younger, but options are there for him to be implemented, if he passes the tests Solskjaer will likely put in place with Nicky Butt now in charge of first team progression from academy level. Came off the bench for the first team already this season and will be seeking progress there. At academy level, he’s played 60 times, scoring eight goals and six assists.

The Welsh midfielder is a bit like Garner, has experience at youth level and has made his debut in the first team although eh has not played as much as his young teammate. Levitt is a midfielder who can get on the ball, dictate play and get into important goalscoring positions. During his time in the academy, where he has finished his third season, Levitt has made a total of 74 appearances, scoring 14 goals and 16 assists – showing his quality on the ball and a player who could excite Solskjaer and the Old Trafford faithful for years to come. Like Garner, a loan spell away from United could be beneficial, unless Solskjaer has plans. 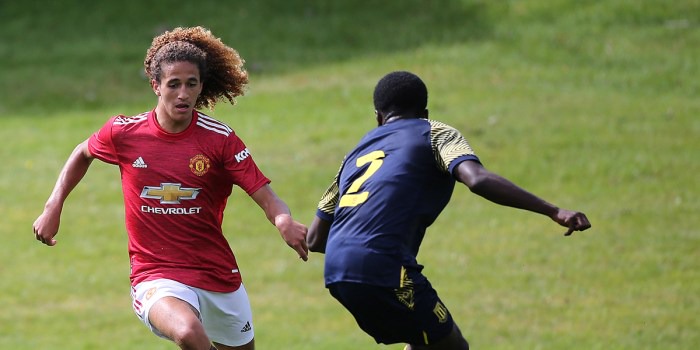 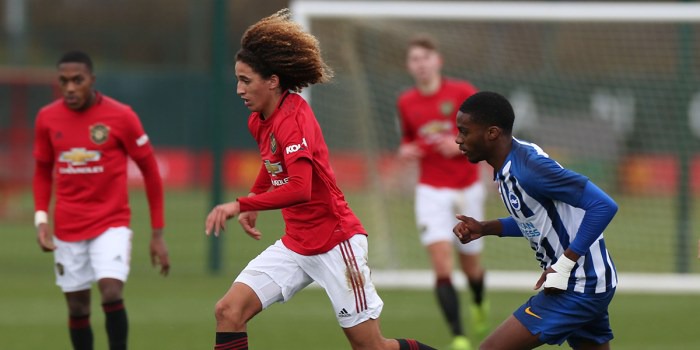 View pictures in App save up to 80% data. The 17-year-old French midfielder is a player that has a lot of backing at United and Nicky Butt, a former academy graduate and part of the famous Class of 92 was part of the team that brought Mejbri from AS Monaco last summer. It was a high-profile transfer considering the age of the player, who was 16 at the time, with many clubs seemingly interested in him with United pulling it off. Mejbri has played 20 times at academy level, scoring one goal and five assists. He’s going to be a quality player.

The 19-year-old is an exciting player who can play a variety of positions in the wide areas, through the middle of the midfield, behind the striker and playing as a centre-forward, which is the position he has played regularly this season at youth level. He’s been at United all his playing career and will be seeking to force himself into Solskjaer’s plans in the short-term future. He’s already made his debut, albeit off the bench, so has a little experience. At youth level, he’s made 60 appearances, scoring 15 goals and nine assists, which bodes well for the future, if he can keep creation and goalscoring coming.

There will no doubt be more names to add to this list in the future but these eight players could have the ingredients for Solskjaer to keep a close eye on their progress in the academy, seeking that spark which could get them in the first team regularly. Some players will benefit from being loaned out next season, others will benefit from being given chances in the first team sparingly, giving them a taste of the action and what will be required to achieve a position at that level more often. The future certainly looks exciting for United and these eight payers

Content created and supplied by Godfather01.Opera News is a free to use platform and the views and opinions expressed herein are solely those of the author and do not represent, reflect or express the views of Opera News. Any/all written content and images displayed are provided by the blogger/author, appear herein as submitted by the blogger/author and are unedited by Opera News. Opera News does not consent to nor does it condone the posting of any content that violates the rights (including the copyrights) of any third party, nor content that may malign, inter alia, any religion, ethnic group, organization, gender, company, or individual. Opera News furthermore does not condone the use of our platform for the purposes encouraging/endorsing hate speech, violation of human rights and/or utterances of a defamatory nature. If the content contained herein violates any of your rights, including those of copyright, and/or violates any the above mentioned factors, you are requested to immediately notify us using via the following email address [email protected] and/or report the article using the available reporting functionality built into our Platform. Read more>>