5 things you did not know about Barcelona-bound Gustavo Maia

Barcelona, ever since their recognition as a European giant, have laid emphasis on the development of youth besides winning trophies.

Their La Masia academy is hailed as one of the best in the world, and Barcelona have shown in the past that they are not afraid of coughing up relatively large amounts of money for prodigious talent across the world.

They recently secured the services of Sao Paulo youngster Gustavo Maia for a whopping €4.5 million. The deal is all but confirmed, with only the final paperwork and payments due. Barcelona have paid €1 million to the Brazilian club and are expected to pay the rest of the sum in instalments.

The 19-year-old is regarded as a 'jewel' of Sao Paulo, owing to his magical skills on the ball and steep rise as a teenager. Maia will be eased to the Barcelona B squad once he arrives, who may play in the second division should they win the playoffs scheduled for next month. 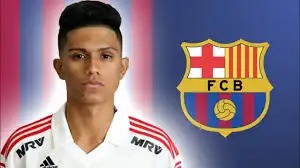 Without further ado, we list five things that you may not know about Barcelona's latest sensation Gustavo Maia.

Barcelona have already agreed terms with youngsters such as Rayo Vallecano's Fabian Luzzi and Francisco Trincao, portraying how much they value youth talent.

They were head-to-head with arch-rivals Real Madrid for the former's signature but his transfer fee put Madrid off, who even claimed that no one would pay that much for a academy player.

In this case, Barcelona signing Maia was linked to Premier League side Liverpool as well as Atletico Madrid. However, the €4.5 million price tag may have put these sides off. More so, Barcelona's excellent negotiation skills with youngsters and their youth project could have attracted Maia. 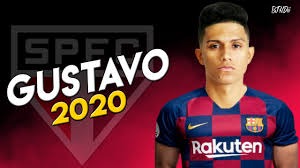 4 Maia is a gifted dribbler and goalscorer

Owing to his low centre of gravity and short stature, Maia has the tendency to complete dribbles with ease and finesse.

The Barcelona acquisition is an excellent dribbler, someone who can wriggle past defenders and even snap out of cramped spaces on the pitch. Maia's quick feet and ferocious pace do not just account for Brazilian flair, but also translate into goals.

He is a proven goalscorer at the youth levels, as seen in Brazil's Youth Cup held earlier in January where he came off the bench quite a few times to change the game.

Maia really caught the attention of the Brazilian football enthusiasts during his U-17 days a couple of years ago, where he notched up 30 goals in no more than 36 outings for Sao Paulo. 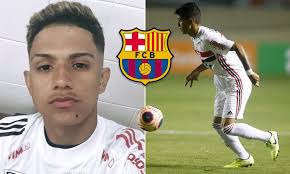 Maia is a serious dribbler due to his shorter frame. In fact, the technically gifted forward is even shorter than Barcelona skipper Lionel Messi.

As a teenager, Messi was discarded by many because of his extremely short and slender physique. His grooming at La Masia converted him to the sensation is he right now.

Maia would hope for the same when he links up with Barcelona, as being only 5'4" or 5'5" along with 59 kilograms doesn't bode well for someone tipped to play in La Liga a few years down a line.

Maia can play across the front-line, such is his versatility. He can also operate as a wide forward in a system like Barcelona B.

Just when he was about to be rewarded for his heroics at the junior levels, the pandemic halted his progress. Maia scored eight goals in 20 appearances for the U-15s, 30 goals for the U-17s, and eight in 28 for the U-20s last year, despite being just 18 years of age then.

These goals came in the Brasileiro U20 and the Paulista U20 competitions as a substitute more often than not.

Maia certainly has the pedigree and ability to enter the Barcelona senior squad, although it wasn't to be at Sao Paulo.

1 Maia has drawn comparisons with Neymar

In the process of acquiring Maia's signature, Barcelona may just have found a long-term, potential replacement for Neymar Jr.

Maia's skill and tenacity on the ball, alongside the confidence he carries, has drawn comparisons back in his country with Neymar.

Barcelona had one of the most formidable front three in Neymar, Messi and Luis Suarez, before the former decide to leave for Paris Saint-Germain in order to achieve individual glory.

Barcelona have dished out huge transfer fees for Ousmane Dembele and Philippe Coutinho, but neither player has filled the gaping hole left by Neymar.

Maia could do so in a few years' time

Content created and supplied by @Tolani.Opera News is a free to use platform and the views and opinions expressed herein are solely those of the author and do not represent, reflect or express the views of Opera News. Any/all written content and images displayed are provided by the blogger/author, appear herein as submitted by the blogger/author and are unedited by Opera News. Opera News does not consent to nor does it condone the posting of any content that violates the rights (including the copyrights) of any third party, nor content that may malign, inter alia, any religion, ethnic group, organization, gender, company, or individual. Opera News furthermore does not condone the use of our platform for the purposes encouraging/endorsing hate speech, violation of human rights and/or utterances of a defamatory nature. If the content contained herein violates any of your rights, including those of copyright, and/or violates any the above mentioned factors, you are requested to immediately notify us using via the following email address [email protected] and/or report the article using the available reporting functionality built into our Platform. Read more>>