5 Matches This Friday To Stake On With Good Odds 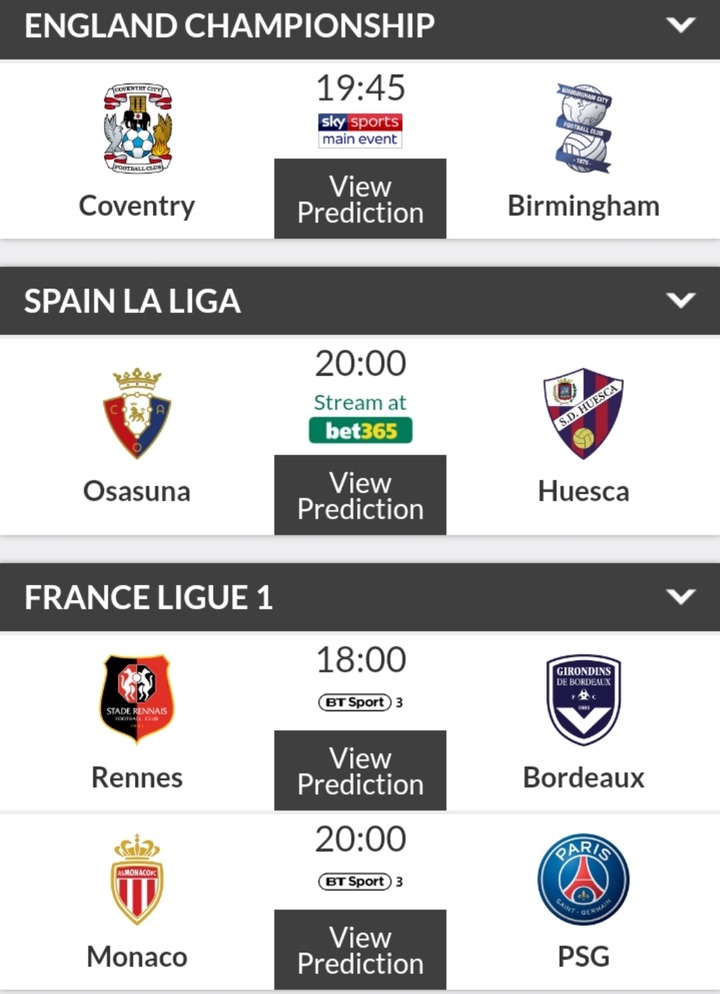 View pictures in App save up to 80% data. Coventry vs Birmingham

Coventry will be playing this match at Birmingham, they will not enjoy home support.

Coventry have been poor this season, they have lost four times in five matches.

They have been defeated in seven of eleven matches.

Huesca have not been good this season, they have failed to win all their nine matches this season.

Osasuna on the other hand have won two of their last three matches.

Huesca striking force has been firing blunt, they have scored only seven goals in eleven. matches.

Rennes have been good this season, they have managed ten points in a possible fifteen home matches this season.

Bordeaux have not been good on the road, they have lost the last three away matches, among them 4-0 beating by Monaco.

PSG have been brilliant this season, they have won all their last eight league matches.

PSG have been dominant over Monaco in their last five home meetings, they have won all but Monaco have scored in four.

PSG strikers have been brilliant when these two teams meet, they have scored 26 times in their eight encounters.

When these two teams meet, both teams have scored in six of Mansfield last seven league fixtures.

Colchester's defense has been shaky this season, they have concede in eight of their nine league matches.