2 things Mikel Arteta did, that made Arsenal win Molde 3-0 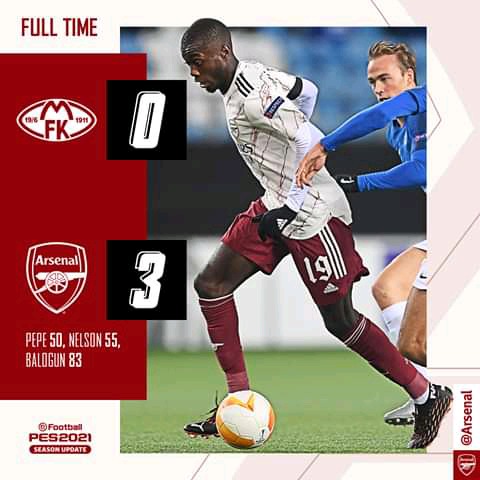 View pictures in App save up to 80% data. Arsenal returned to Europa League action following their disappointing 0-0 draw to Leeds on the weekend, and the north London club were looking for redemption to bring joy back to the face of their fans.

The game ended 3-0 in favour of Arsenal, after they improved their performance in the second half that helped them create plenty goal scoring chances. The goals started to trickle in after Nicolas Pepe sent in a couple of shots with one leading to the opener. After this, two more strikes from Reiss Nelson and newly promoted academy product Folarin Balogun saw Arsenal claim all three points.

This article is focused on discussing the 2 key things Mikel Arteta did, that guided Arsenal to a comfortable 3-0 win over FK Molde away in Norway. 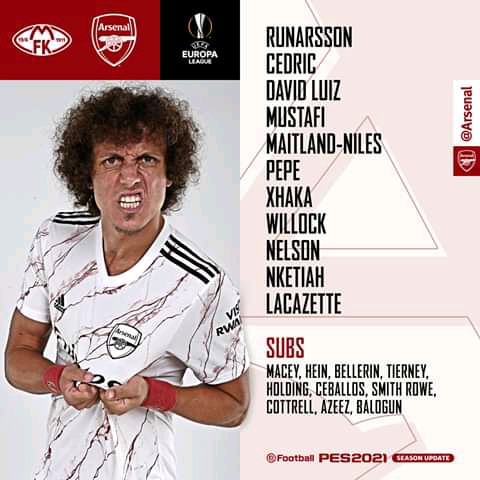 Following Nicolas Pepe's red card at the weekend game against Leeds, many football pundits were expecting Mikel Arteta to show his disciplinary nature against Pepe for his recklessness and bench him for a few games. However, the Spanish tactician did the right thing by selecting the Ivorian in his starting lineup, as well as bringing in several strong characters in attack that kept stretching the Molde defense. 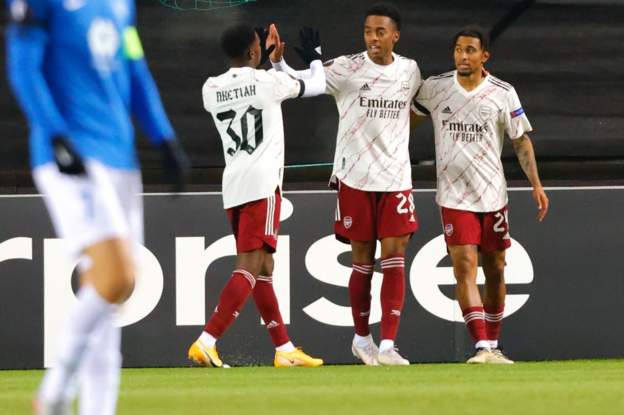 Arteta made a good choice for a substitution, at the time he introduced Folarin Balogun and Smith Rowe. It did not take up to a minute for the Nigerian/English forward to score an amazing goal through the legs of the Molde goalkeeper, after he was introduced for Eddie Nketiah in the 83rd minute.

It was an amazing game of tactics and redemption for Arsenal, as they achieved one of their Europa league requirements in Norway as they are now qualified for the knockout stages of the competition. Arsenal would now be looking forward to the weekend for their clash against Wolves at the Emirates, as they look to bounce back from their back to back to back bad performances in the league. Who would you reckon to be the man of the match in your opinion?

Content created and supplied by ItzSwayne.Opera News is a free to use platform and the views and opinions expressed herein are solely those of the author and do not represent, reflect or express the views of Opera News. Any/all written content and images displayed are provided by the blogger/author, appear herein as submitted by the blogger/author and are unedited by Opera News. Opera News does not consent to nor does it condone the posting of any content that violates the rights (including the copyrights) of any third party, nor content that may malign, inter alia, any religion, ethnic group, organization, gender, company, or individual. Opera News furthermore does not condone the use of our platform for the purposes encouraging/endorsing hate speech, violation of human rights and/or utterances of a defamatory nature. If the content contained herein violates any of your rights, including those of copyright, and/or violates any the above mentioned factors, you are requested to immediately notify us using via the following email address [email protected] and/or report the article using the available reporting functionality built into our Platform. Read more>>