10 Times The Bible Supposedly Spoke About Aliens: The Astronauts Theory Of UFO In The Bible

10 Times The Bible Spoke About Aliens: Modern Interpretation of The Bible

With the idea of biblical interpretation in mind, perhaps it will be quite interesting to quickly look into the interpretation of some biblical terms and verses, including the stories and events that took place to fit a description of our modern reality. Though this theory may sound a bit Ludacris to a lot of people but some who subscribe to the belief in the existence of astraunauts believe that the Bible may be a washed with UFO encounters and laced with interactions between human beings and extraterrestrials.

This might have been true, I means I can't be the judge of that but it does seem interesting that they would bring in a connection between the Bible and modern UFO supposed sightings. Though there is no proof that has been offered to back up this claims, these conspiracy theorist have managed to piece different stories and verses in the Bible together, and interpreting them to give a modern twist. These interpretations are actually worth checking out.

If only to ask the question: What if our ancestors really were describing encounters with intelligent beings not of this world? Below are verses many conspiracy theorist claim to be linked to UFOs 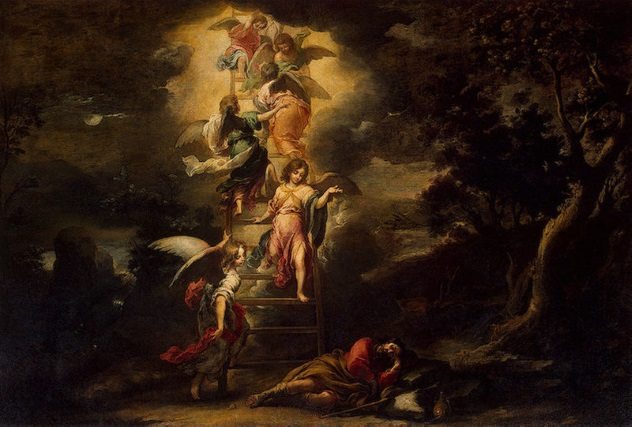 The story involves the journey of Jacob to Harran. According to the Bible, Jacob saw that the sun was going down so he decided to take a break. While he slept, he had a dream that lasted a long time. A dream where he was instructed in what to do; “angels of God” who were “ascending and descending” upon a “stairway resting on the Earth, with its top reaching into Heaven.” As Jacob watched the angels, a voice rang out, and Jacob could see that “the Lord” stood above him in the heavens.

The interpretation given to this by UFO theorists is actually quite obvious. They believed that the angels were not angels at all but UFO who came from another plant. Laughable? Yes. Just laugh and read the next one. 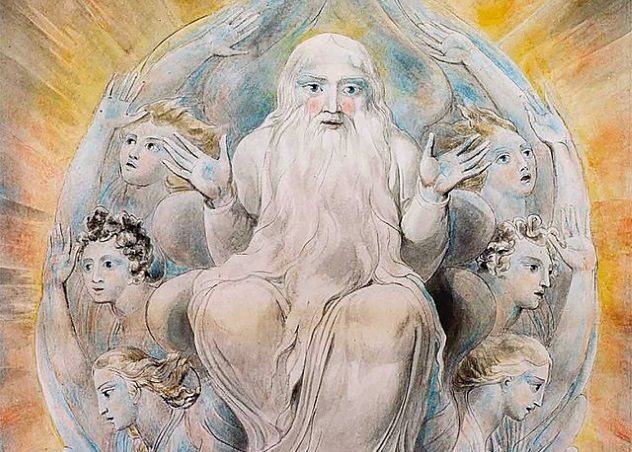 This statement is in the book of Genesis when God asked those who were perhaps with him in a rhetorical manner about his attempt to make man. However, enthusiastic believers In the UFO theories decided to look at the story in a different way. They believe that it wasn't God but UFOs who did some genetic manipulation that made man. 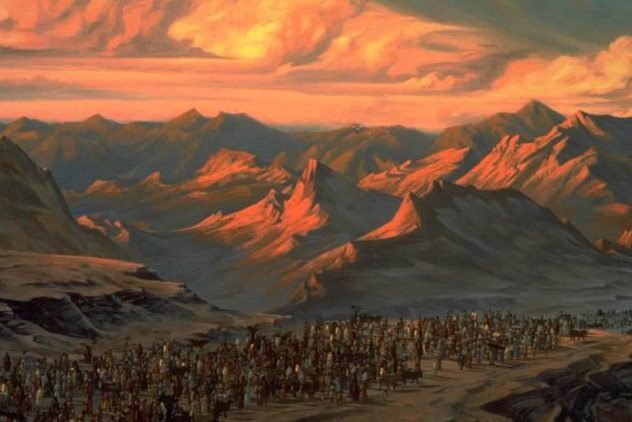 The Bible Describes a pillar of smoke by day and a bright fire by night. These things guided the Israelites through the endless desert. Well, the context was changed from a gift from God to a alien light that wanted the Egyptian out of Egypt and helped them set up as a nation. They believe the miracle was a product of some sort of machine which also produced manna.

4. The Ascension Of Elijah 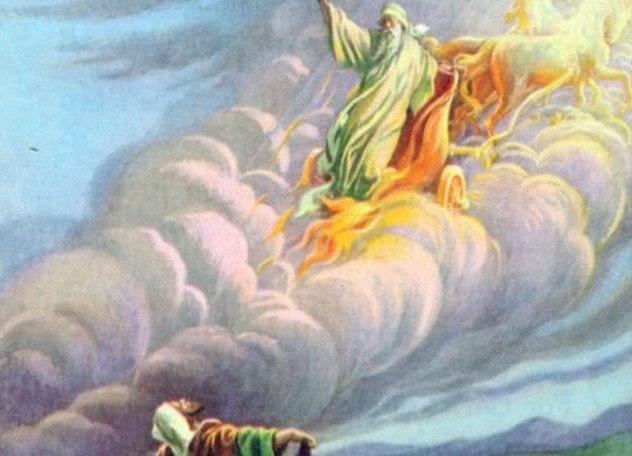 Elijah's Ascension into heaven is seen as perhaps the first alien abduction. They believe that the the supposed chariot of fire that took Elijah up into heaven was actually an alien spacecraft that disguised it self to look like a chariot of fire made of the clouds.

5. The Angels at Sodom and Gomorrah 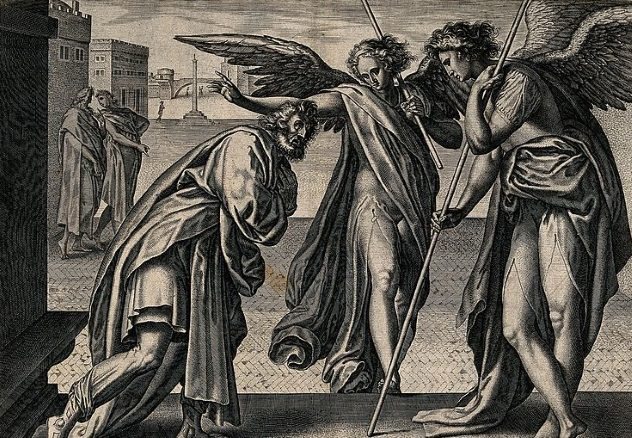 The incident at Sodom and Gomorrah could be argued to be some interference from UFOs. Since the manner at which the city was destroyed sounds a lot like what a nuclear weapon or bomb would do, some argue that it is perhaps the work of UFOs who have been interfering in human's history right from the very beginning. “He looked down toward Sodom and Gomorrah, toward all the land of the plain, and he saw dense smoke rising from the land, like smoke from a furnace.” That’s bizarrely similar to how a description of a nuclear explosion might look. 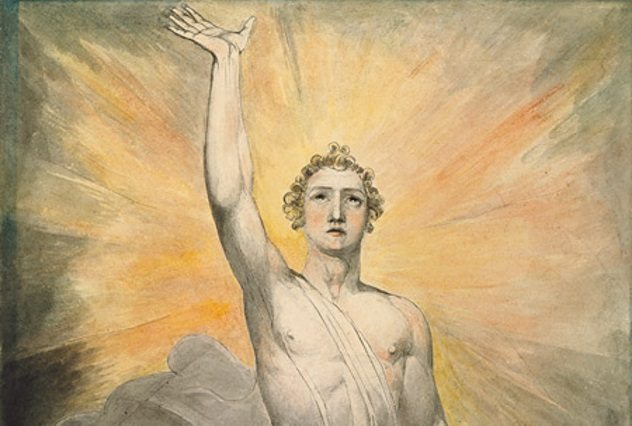 Genesis Chapter 6: "When man began to multiply on the face of the land and daughters were born to them, the sons of God saw that the daughters of man were attractive. And they took as their wives any they chose."

Some argue that the sins of God in the 6th chapter of the book of Genesis were actually aliens who came down to earth to mix with the human race. 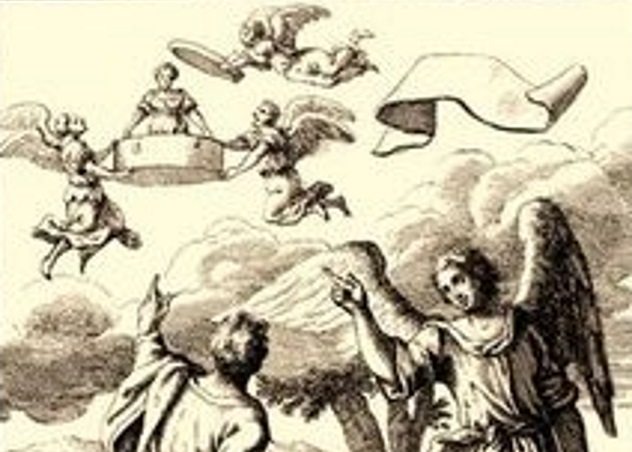 Some argue that what Zachariah saw when he saw a flying scroll was actually a UFO spacecraft from afar. Though it seems implausible at first but with modern and much more recent testimony, it does seem likely. Not that I believe any of these by the way, I just find it very interesting.

8. The Parting of The Red Sea 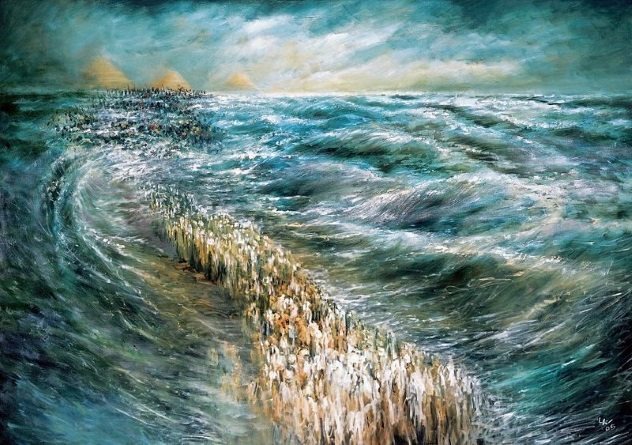 Since most astruanaut theorists as they are called believe that the whole event of Exodus was orchestrated by aliens it doesn't surprise me that they will claim that the parting of the red sea was also part of the plan of the aliens for some reason. 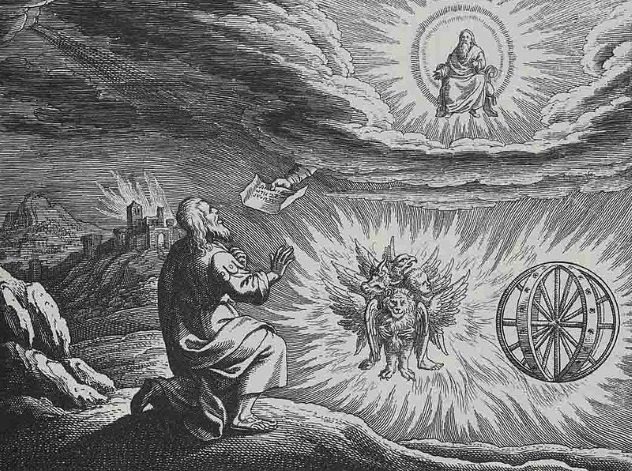 In Ezekiel's vision, he sawsomething in the sky, descending from the heavens; something that looked like a wheel made of some kind of mettalic substance. Then the verse 16 talks about how he saw a wheel within a wheel descending from heaven. Many have argued that what he saw was a UFO since modern UFO sightings have claimed that the Space crafts are often like wheels or things made of circles within circles sometimes moving in opposite direction.

10. This last one is about Jesus

I am not sure I should go into this I wouldn't want to be flagged but a little bit of the theory wouldn't hurt.

I can't stop laughing at this but here it goes : some of these conspiracy theorists believe that the miraculous pregnancy is actually a form of alien abduction and foetus implant. They also believe that the star that guided the three wise men was alien intervention. I will stop here now.

If you had a good laugh or have been outraged by these, drop a comment below.

Content created and supplied by Temi_loluwa.Opera News is a free to use platform and the views and opinions expressed herein are solely those of the author and do not represent, reflect or express the views of Opera News. Any/all written content and images displayed are provided by the blogger/author, appear herein as submitted by the blogger/author and are unedited by Opera News. Opera News does not consent to nor does it condone the posting of any content that violates the rights (including the copyrights) of any third party, nor content that may malign, inter alia, any religion, ethnic group, organization, gender, company, or individual. Opera News furthermore does not condone the use of our platform for the purposes encouraging/endorsing hate speech, violation of human rights and/or utterances of a defamatory nature. If the content contained herein violates any of your rights, including those of copyright, and/or violates any the above mentioned factors, you are requested to immediately notify us using via the following email address [email protected] and/or report the article using the available reporting functionality built into our Platform. Read more>>