A young Nigerian Player who plays for Arsenal Fc has caught attention of many football lovers online after he scored 32secs from when he was brought in from the bench.

The Young Player plays for Arsenal's Development Squad but was brought in for few minutes into the first team when Arsenal played Molds Fc in their Europa league Competition. 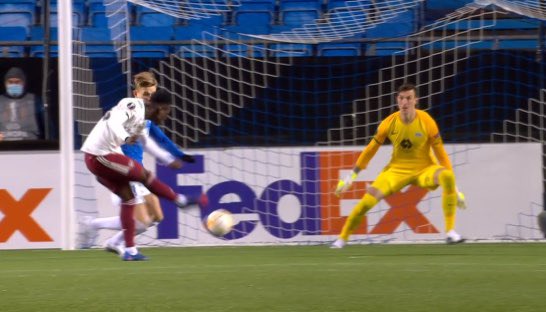 The young Footballer has surprised many People with his quick eyes as he scored immediately he was brought on the Football Pitch.

His Career Name is Folarin Balogun, a Nigerian and a Yoruba Born native who lives in the UK(London Precisely). 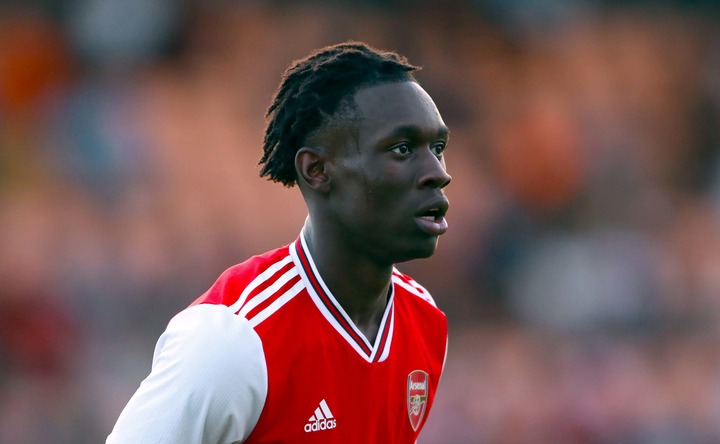 Balogun is a 19year old Footballer was trained in Arsenal's academy. He was born in New York city, relocated England at the age of two and has been staying there since his relocation. Folarin Parents are Nigerians.

Balogun Joined Arsenal academy Squad at the age of 8.

He made his Senior debut in the Europa League on 29 October 2020, coming on as a substitute in the 74th minute in a group stage match against Dundalk. He scored his first senior goal on 26 November 2020, in a Europa League match against Molde.

Internationally, Balogun has not chosen an Official Country of base, but he currently plays for England's under 20 team. According to reports on Wikipedia, Folarin has shown interest in Nigeria and wishes to play for his Biological country.

Folarin is just starting and he will prove to be a great player as the time goes on.

Aside from KANU, Iwobi and other Players, Folarin is now one of Many Nigerians ans a Yoruba Native to play and score for Arsenal.

Content created and supplied by FastNews04.Opera News is a free to use platform and the views and opinions expressed herein are solely those of the author and do not represent, reflect or express the views of Opera News. Any/all written content and images displayed are provided by the blogger/author, appear herein as submitted by the blogger/author and are unedited by Opera News. Opera News does not consent to nor does it condone the posting of any content that violates the rights (including the copyrights) of any third party, nor content that may malign, inter alia, any religion, ethnic group, organization, gender, company, or individual. Opera News furthermore does not condone the use of our platform for the purposes encouraging/endorsing hate speech, violation of human rights and/or utterances of a defamatory nature. If the content contained herein violates any of your rights, including those of copyright, and/or violates any the above mentioned factors, you are requested to immediately notify us using via the following email address [email protected] and/or report the article using the available reporting functionality built into our Platform. Read more>>