“No Mr. President, You No Longer Have Powers To Do This,” Trump`s Move Turned Down 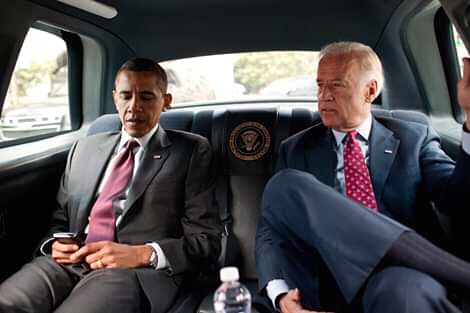 Ouster President Donald Trump was turned down by his lawyers after he took to the Public to assert that he had received a full evidence that the United States elections were rigged ahead of President-Elect, the Democrat, Joe Biden`s swearing-in ceremony that will be held in January 20, 20221.

While having a telephone interview with Fox News, Trump noted that they (Him and allies) had stories that were unbelievable but were asked to pull back. 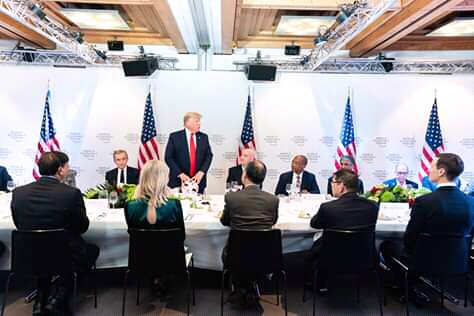 On Monday, November 30, 2020 Yahoo News confirmed that the Ouster President was denied further legal proceedings on the narrative that he had no standing to challenge the system.

“We have stories that are unbelievable but we aren’t allowed to put in our proof. They say we don’t have standing. I said to the lawyers, I would like to file one nice, big, beautiful lawsuit. Talking about this and many other things. We have tremendous proof,” Trump told Fox News. 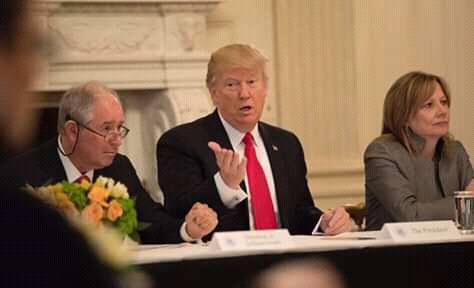 According to the publication by Yahoo News, Trump was surprised to learn that he no longer had powers to challenge a series of legal proceedings after the results were released in the favor of Biden.

“You mean as President of the United States, I don’t have standing? What kind of court system is this? And the judges stay away from it,” Trump posed a question. 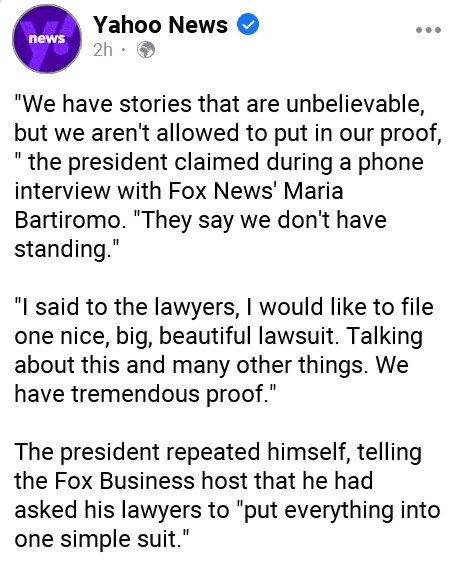 It is clear that Trump`s latest move to reclaim Presidential election will have no effect following the stand taken by the legal personnel who have pulled it down asking the ouster President to accept the results.

Content created and supplied by Emmanuel-Wamalwa.Opera News is a free to use platform and the views and opinions expressed herein are solely those of the author and do not represent, reflect or express the views of Opera News. Any/all written content and images displayed are provided by the blogger/author, appear herein as submitted by the blogger/author and are unedited by Opera News. Opera News does not consent to nor does it condone the posting of any content that violates the rights (including the copyrights) of any third party, nor content that may malign, inter alia, any religion, ethnic group, organization, gender, company, or individual. Opera News furthermore does not condone the use of our platform for the purposes encouraging/endorsing hate speech, violation of human rights and/or utterances of a defamatory nature. If the content contained herein violates any of your rights, including those of copyright, and/or violates any the above mentioned factors, you are requested to immediately notify us using via the following email address [email protected] and/or report the article using the available reporting functionality built into our Platform. Read more>>