No, I Am Not Ruto’s Supporter! Aden Duale Sets The Record Straight on His Relationship With DP

Garissa Township MP Aden Duale is one of the ferocious supporter and defender of the Deputy President William Ruto.

He is on record saying the Deputy President is his ideal candidate come 2022. 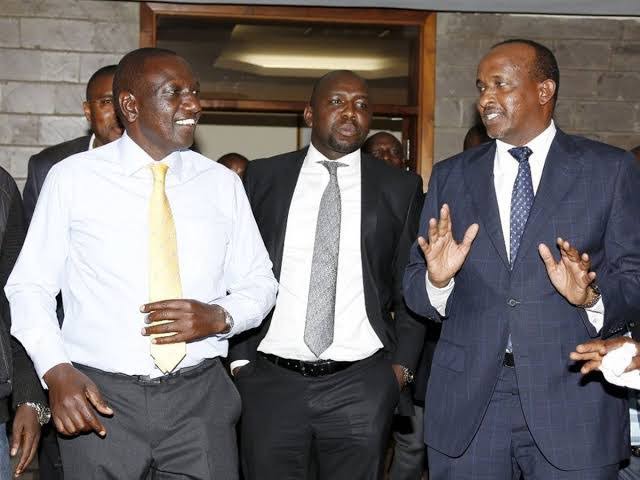 True to his words, he has remained hellbent at ensuring the self-proclaimed chicken seller from Sugoi ascends to the house on the Hill.

In fact, Duale is on record, during an interview with a local TV nearly a year ago, saying once Ruto wins the Presidency, he will move to State House and have an easy life as he sips coffee.

A walk down the memory lane paints a rosy picture of DP Ruto having one notable ardent supporter in Duale.

But what exactly is the relationship between DP Ruto and his valiant soldier Aden Duale?

In an interview with KTN News, where he was hosted by Ken Mijungu, Duale set the record straight. He did not mince his words.

When he was told supports Ruto and his ideology, he said:

"No, no, I don't support William Ruto, we are partners with William Ruto. William Ruto is one leader who does not believe in supporters. He believes in partnership.

"The different between supporters and partnership is supporters wait for you to make decisions for them. Ruto we are in partnership with him and every decision he makes he incorporates a number of us," said Duale.

Duale adds the DP has team behind the scenes that represents the face of Kenya.

The team include politicians, representatives of MPs, businessmen, technocrats and regional leaders who are key decion makers of the Hustlers Movement.

In the same interview, Duale boldly reminded Kenyans that he is behind the DP’s candidature ahead of 2022.