Gloves Off as Sonko Names Two Powerful People Controlling the System, Dares Them to Impeach Him 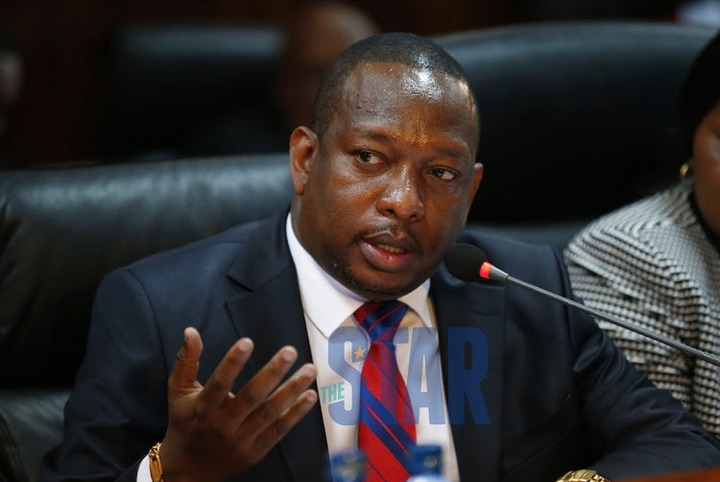 Nairobi Governor Mike Mbuvi Sonko has finally revealed two powerful individuals controlling the system. While appearing at the JKL show on Citizen TV, Sonko firmly stated that the two were responsible for messing the country.

Sonko clearly stated that the system was the one messing the country and not president Uhuru as critics are suggesting. Sonko named the interior cabinet secretary Fred Matiangi and his counterpart Principal secretary Karanja Kibicho as the system messing the country. He also revealed that the two were working close with members of the deep state to frustrate anyone who dares to expose them. 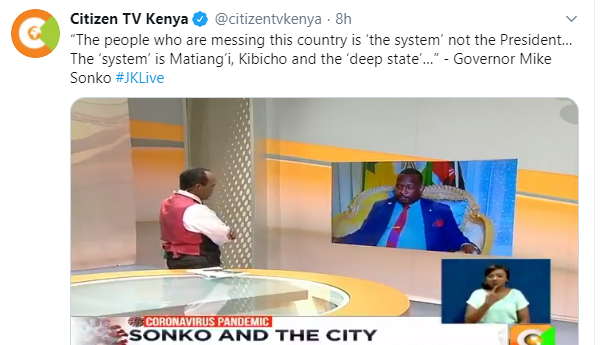 “We have a president who is hardworking and disciplined. The people who are messing this country is ‘the system’ not the President… The ‘system’ is Matiang’i, Kibicho and the ‘deep state’,” Sonko stated.

He also explained how the two individuals were misusing governments machineries for own interests,

“Matiangi is misusing the state machinery for instance what transpired in the senate on Monday and I am sure that those instructions were not from the President because I know the president well. It was a Matiangi and Kibicho’s deed.”

Sonko who has always called a spade a spade went ahead and dared the system to do whatever they feel like after the expose stating that he fears no one and will always stand with the truth.

“I will talk because I don’t fear them, if they want to sponsor my impeachment let them go ahead. There is still life after politics, ata waki ni impeach leo naendelea na maisha yangu.” Sonko stated.

Content created and supplied by ReubenNjane.Opera News is a free to use platform and the views and opinions expressed herein are solely those of the author and do not represent, reflect or express the views of Opera News. Any/all written content and images displayed are provided by the blogger/author, appear herein as submitted by the blogger/author and are unedited by Opera News. Opera News does not consent to nor does it condone the posting of any content that violates the rights (including the copyrights) of any third party, nor content that may malign, inter alia, any religion, ethnic group, organization, gender, company, or individual. Opera News furthermore does not condone the use of our platform for the purposes encouraging/endorsing hate speech, violation of human rights and/or utterances of a defamatory nature. If the content contained herein violates any of your rights, including those of copyright, and/or violates any the above mentioned factors, you are requested to immediately notify us using via the following email address [email protected] and/or report the article using the available reporting functionality built into our Platform. Read more>>