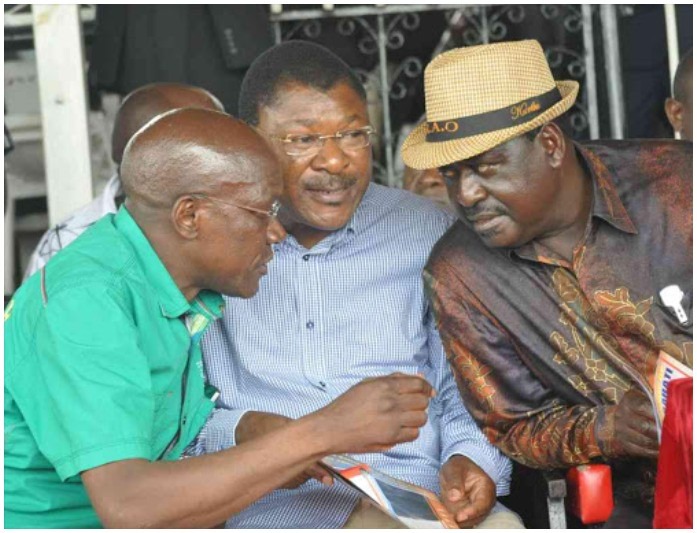 Former Kakamega Senator Boni Khalwale has been heaping praise on Raila Odinga in the past few weeks sparking speculations that he could be ditching William Ruto.

Khalwale who is a diehard supporter of Ruto has come out to reveal that the the deputy president is emulating Raila.

Speaking during an interview on KTN, Khalwale said Raila inspired Ruto by how he has managed to popularize ODM across the country with much ease.

Khalwale noted that Ruto is learning from Raila on how to make United Democratic Alliance (UDA) a national party.

“Deputy President William Ruto is learning from him. United Democratic Alliance is now a national party and it is the most popular one according to opinion polls,” Khalwale said.

Former Nairobi Speaker Beatrice Elachi weighed in on the debate, saying that ODM is so popular in some region because people know Raila will take care of their interests.

“For instance, Western Kenya region has voted for Raila Odinga not because he comes from there but because they know he will take care of their interests. Same to Maasai land, Eastern, Coast and the rest of the country,” Elachi said.

Last week during an interview on K24, Khalwale acknowledged that Raila is a real force to be reckoned with in Kenyan politics following his mega rallies in central Kenya.

The former Kakamega senator further stated that Raila seems to be the most preferred presidential candidate at the moment.

Raila caused political earthquake during his tour of mount Kenya triggering a panic mode in Ruto’s allies from the region.

The DP allies from mount Kenya had been perpetrating Railaphobia and creating the notion that the former Prime Minister is not welcomed in the region.

However, Raila pulled mammoth crowds during his rallies in different towns in Nyeri, Murang’a and Kiambu counties on September 27th.