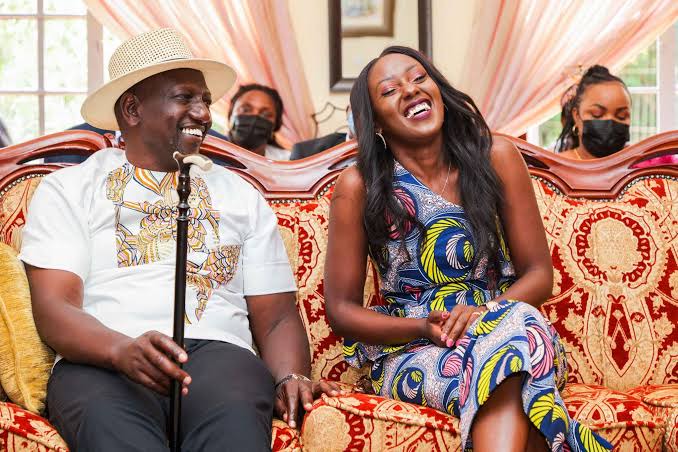 The move by deputy president William Ruto to gift youths with wheelbarrows and Mkokoteni's triggered mixed reactions among politicians at large.

In a photo that surfaced the ODM boss was captured scooping sand on a wheelbarrow to lay a foundation.

View pictures in App save up to 80% data. In her reaction June Ruto bashed Raila Odinga's recent remarks questioning what Kenyan youths will use wheelbarrows for.

He told Odinga that the answer he was seeking about the use of wheelbarrows had finally found an answer.

"Someone asked the role of wheelbarrows, yes, here's the answer," June Ruto reacted to a photo of Odinga using a wheelbarrow.

Kenyans online however flooded her post criticising her for her remarks.

View pictures in App save up to 80% data. The angry netizens questioned her why was she not also gifted a wheelbarrow by her father I'd indeed it was a good thing.

June Ruto had to pull down her controversial post about Raila after much criticism.