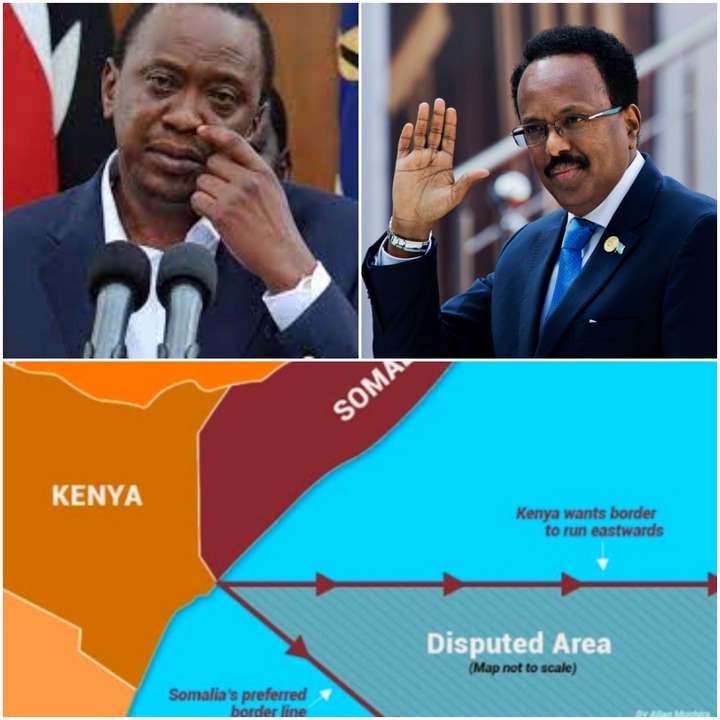 The current President of the Federal Republic of Somalia H.E Mohamed Abdullahi Mohamed Farmaajo has broken the silence after the International Court of Justice ruling on the maritime dispute between Somalia and Kenya.

A few hours after the court gave the ruling, President Mohammed Farmaajo held a presser and welcomed the ruling.

The President has said the Federal Government has accepted the court's decision and ruling. 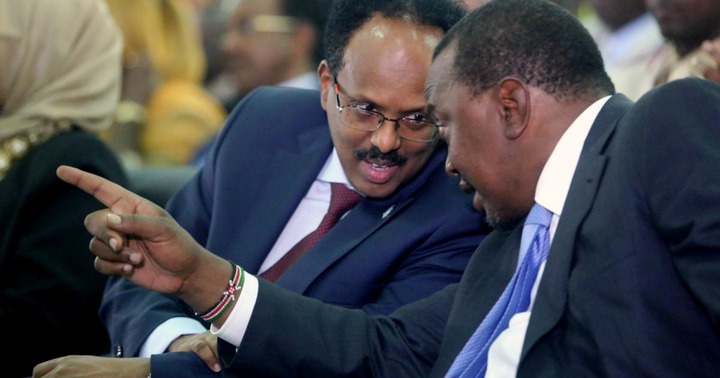 "The President of Somalia @M_Farmaajo has welcomed the @CIJ_ICJ ruling of the maritime dispute with Kenya. Farmajo says the Somali Government accepts the Court’s decision and has urged Kenya to do the same," read an update from VOA reporter, Harun Maruf. 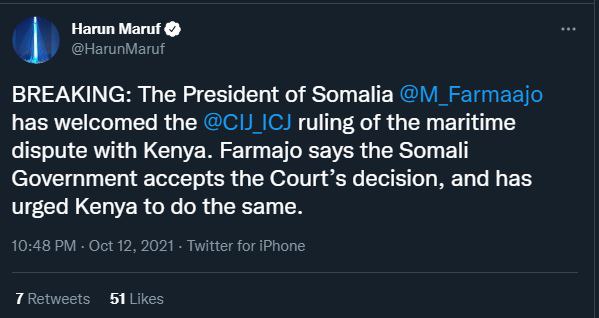 President Uhuru had earlier indicated the court's ruling won't change the country's stand and need to protect its boundaries.