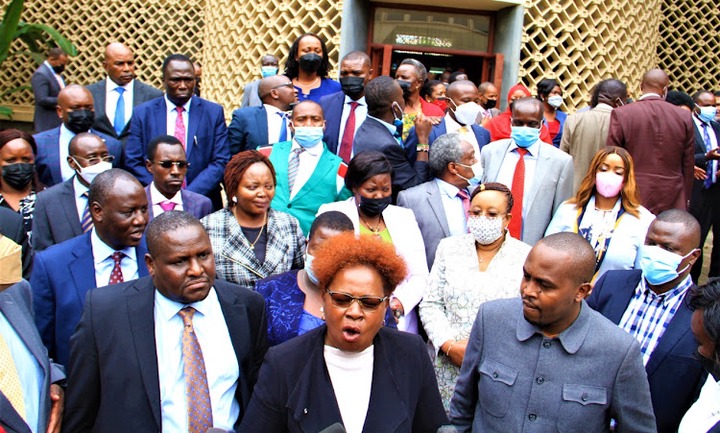 View pictures in App save up to 80% data. Deputy President William Ruto and allies have been locked out of Statehouse as President Uhuru invites pro-handshake Members of Parliament for a lunch date as new details emerge.

It has been established that today's President Uhuru will be holding a meeting with Pro-Handshake Members of Parliament in what has been termed as a Lunch date with the agenda not confined.

In a statement by Jubilee Coalition Joint Parliamentary Secretary-General, Adan Keynan has confirmed that they have been invited at statehouse being categorical that the meeting is a pro-handshake and like-minded MPs.

Keynan has said that those in the Tangatanga camp a group of legislators allied to DP Ruto has not been invited and that they should not make an attempt of attending. 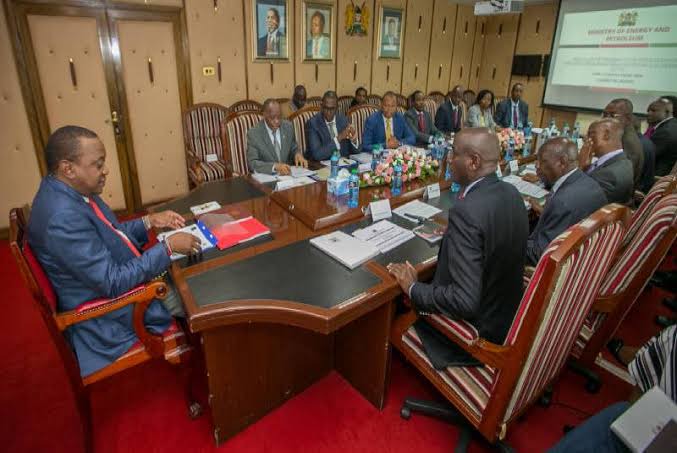 "This is a pro-handshake and like-minded MPs meeting. Those who have been opposing government business have not been included," said Jubilee Coalition Joint Parliamentary Secretary General Adan Keynan.

Speaking also, Orange Democratic Movement Party National Chairman John Mbadi has confirmed that the meeting will be there extending that on the ODM side he was the one tasked to send the invites.

Mbadi has made it clear that the invite is only sent to MPs supporting President Uhuru and his handshake partner Raila Odinga's agenda adding that there will be no room for opposers in Tangatanga.