Furious Tharaka Member of Parliament Gitonga Murugura has taken on Interior Permanent Secretary Karanja Kibicho over his failure to tour his constituency and inspect development projects.

The MP lamented over a number of undone development projects in the region saying Tharaka had been neglected in a number of things. 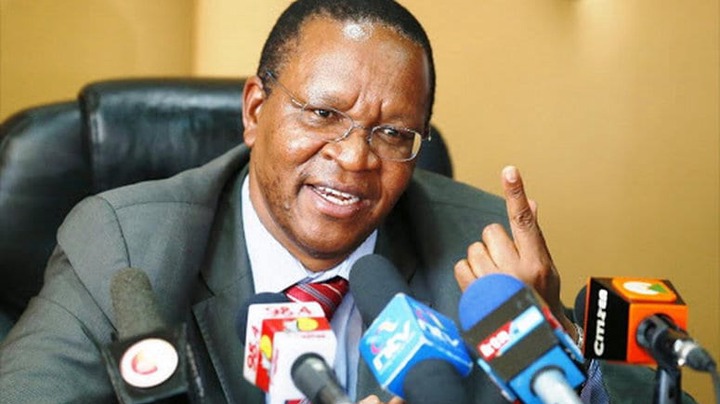 Gitonga said that Tharaka had been not only marginalized but also left behind in the development projects in the region and called for an immediate action to salvage the situation.

The MP issued a number of demands to the PS urging him to ensure that he directs government officer to implement projects in his area Including construction of tarmarc roads, improvement of electricity coverage and provision of adequate water in the area

PS Kibicho is in charge of the Committee responsible for the implementation of the government development projects.

The PS had toured the area fired 7 contractors who had failed to deliver on their mandate.

Here is the VIDEO

Here is how Kenyans reacted to the incident:

The problem with Tharaka constituency is the size. Huge size with little population. If the get 30km of road it will not be felt unlike other constituencies where even 15 km connects many centres and impact is felt. But hapo kwa maji i feel. It is very close to Mt Kenya and water can be piped and move through gravity or without pumping. The issue of water should have been addressed like 40 yrs ago. Even your mps and the popular kindiki has failed big on the issue of water in that constituency.

Kibicho was just there for politics.The whole of Tharaka Nithi County,there are only 7 NG projects.It is a shame. Alafu you wanted them to lose their national resources allocation.This MP is too honest to Kibicho and the who Uhuru idiots!

The issues the mp is raising should be raised in parliament where Mr speaker will give direct orders to the various parliamentary committees of the said issues to sort for solutions from the various stake holders like now the ministries...that's how govt works!!! Not yapping in the funerals looking for fame.....

This MP is a JOKER, a determined leader could have at least argued that, "our roads are pathetic and I've done 123 to fix tge situation but 123 made me fail, please help me make it a success", same applies to all his cries. This utterances should come from a Tharaka constituent NOT from a leader they've elected to represent them!

Content created and supplied by PoliticalBullett.Opera News is a free to use platform and the views and opinions expressed herein are solely those of the author and do not represent, reflect or express the views of Opera News. Any/all written content and images displayed are provided by the blogger/author, appear herein as submitted by the blogger/author and are unedited by Opera News. Opera News does not consent to nor does it condone the posting of any content that violates the rights (including the copyrights) of any third party, nor content that may malign, inter alia, any religion, ethnic group, organization, gender, company, or individual. Opera News furthermore does not condone the use of our platform for the purposes encouraging/endorsing hate speech, violation of human rights and/or utterances of a defamatory nature. If the content contained herein violates any of your rights, including those of copyright, and/or violates any the above mentioned factors, you are requested to immediately notify us using via the following email address [email protected] and/or report the article using the available reporting functionality built into our Platform. Read more>>
Latest news

Cavani Up Front, Pobga on the Bench-See the Best Man United Squad that Will Destroy Chelsea Today

10 Things That Will Make You Get Pregnant Easily

Laugh Till You Are Tired, With These 21 Funny Pictures And Jokes.

Why ladies SHOULD USE Banana before going out for a date

Who Owns Parliament Land and Buildings? Find Out

President Uhuru Spotted With 2 Pairs Of One Type Of Shoes [Photos].

10 Photos that will confuse you at first glance

10 Common Types Of Food That Cure Premature Ejaculation In Men

40 Beautiful House Plans Your Need Before You Start Building

5 Weirdest Jobs Around the World

5 Famous Women You Did Not Know Were Second Wives

Photos: Modern Toilet Designs And Staircases That Everyone Would Wish To Have