Rachel Shebesh Fumes in Kiambaa Over Ruto Allies, States Why Uhuru is Silent Despite Insults 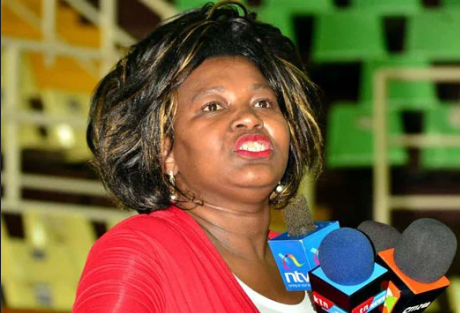 The political temperatures in Kiambaa, Kiambu County have heated up as political parties pitch their tents in different wards as they campign for their respective candidates.

The race to succeed the late Paul Koinange has been reduced to a two man horse between Kariri Njama (Jubilee) and John Njuguna (United Democratic Alliance).

A number of the State officials have been rooting for the election of Kariri Njama despite the law barring them from engaging in politics.

Yesterday, the Chief Administrative Secretary in the Ministry of Public Service and Gender fumed in Kiambaa arguing that Deputy President William Ruto allies had been criticizing the government despite serving their current positions under the party.

He told off the legislators campaigning for UDA in Kiambaa to shun from 'insulting' the president. She argued that the president has been mum despite the attacks from Ruto's team since he is the president, a position that serves as a symbol of national unity.

She went to to call the MPs associating them with UDA to resign from their respective posts and seek re-election with their preferred parties. 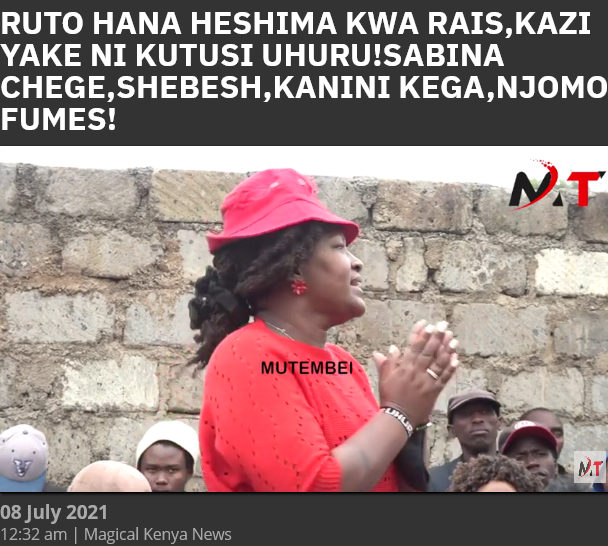 Content created and supplied by @Milly.Opera News is a free to use platform and the views and opinions expressed herein are solely those of the author and do not represent, reflect or express the views of Opera News. Any/all written content and images displayed are provided by the blogger/author, appear herein as submitted by the blogger/author and are unedited by Opera News. Opera News does not consent to nor does it condone the posting of any content that violates the rights (including the copyrights) of any third party, nor content that may malign, inter alia, any religion, ethnic group, organization, gender, company, or individual. Opera News furthermore does not condone the use of our platform for the purposes encouraging/endorsing hate speech, violation of human rights and/or utterances of a defamatory nature. If the content contained herein violates any of your rights, including those of copyright, and/or violates any the above mentioned factors, you are requested to immediately notify us using via the following email address [email protected] and/or report the article using the available reporting functionality built into our Platform. Read more>>