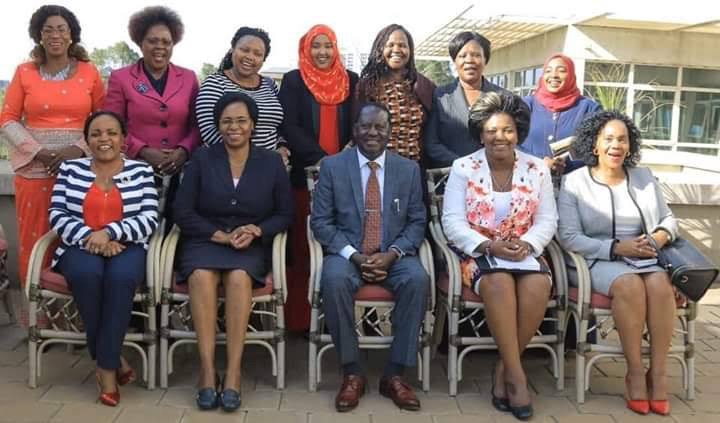 View pictures in App save up to 80% data. Kirinyaga Woman Representative Hon Wangui Ngirici has declared his support for Uhuru-Raila Handshake swearing never to accompany Deputy President William Ruto in his campaigns.

According to the Kirinyaga Woman Representative, in an exclusive interview with the Standard, she has informed that she regrets to see that even despite spending a lot of her resources to campaign for DP Ruto and popularise the UDA party, the DP has at last decided to betray her saying that she worries less.

The Woman Representative has said that on matters President Uhuru and Raila Odinga March 2018 handshake although she had lived fighting the move, she has now fully come to understand the full purpose of the Handshake stating that she fully supports their move since "it calmed the country and the protests became a thing of the past."

Wangui Ngirici Support of the Handshake is a change of tune since in past she was alleging that it is the one that destroyed the Jubilee government.

"The president only got a new friend who was his political arch-rival. The move calmed the country and the protests became a thing of the past. I am now no longer bitter about the move since Waiguru’s defection opened my eyes,” Ngirici said. 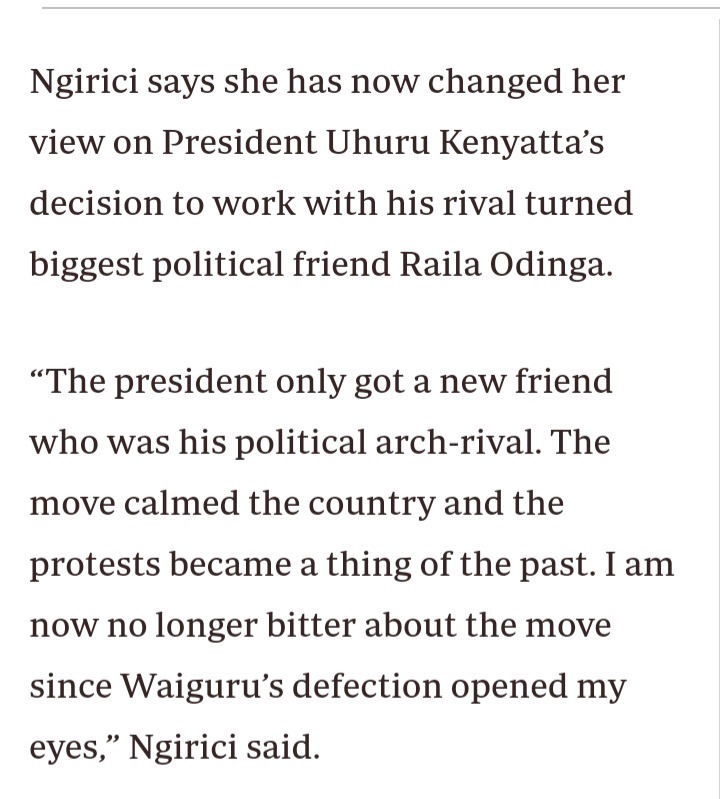 The Kirinyaga Woman Representative has said that she is not going anymore to accompany DP Ruto during his campaigns adding that she is now focused on her political bid.

"You will never hear or see me climbing a campaign truck conducting presidential campaigns. I will concentrate here (Kirinyaga) and that is why I will attend his (Ruto’s) meeting in the county on Sunday mainly because it’s within my jurisdiction and area of representation,” she said. 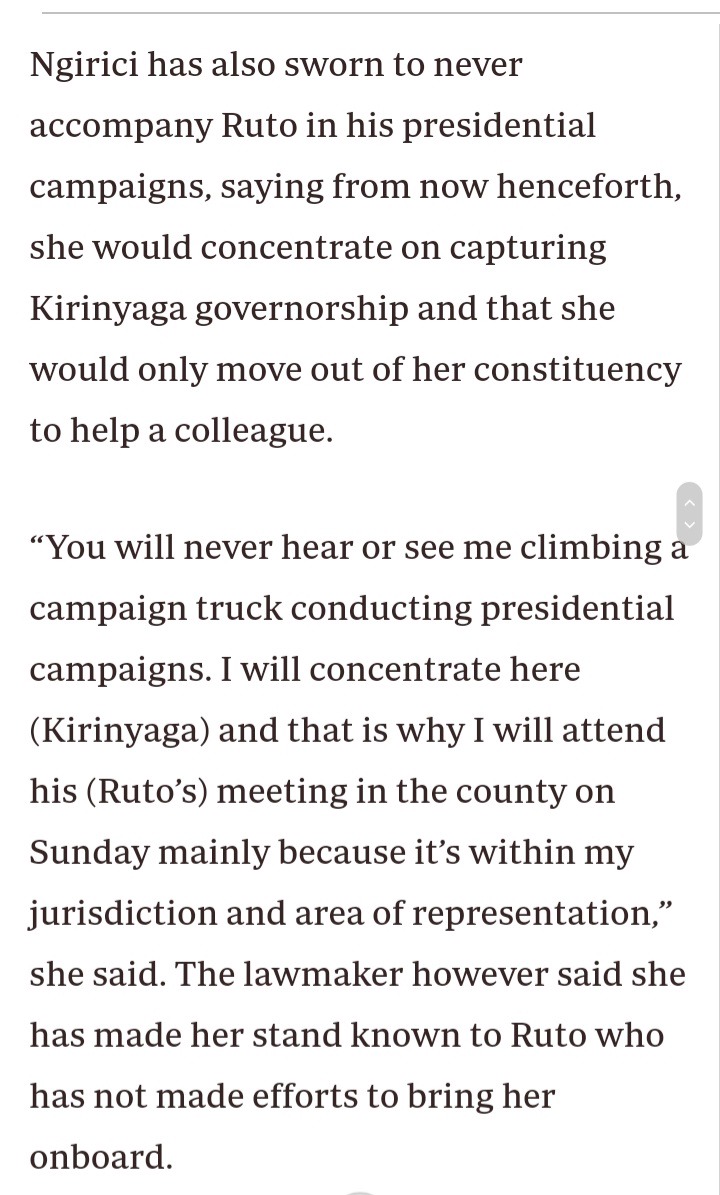