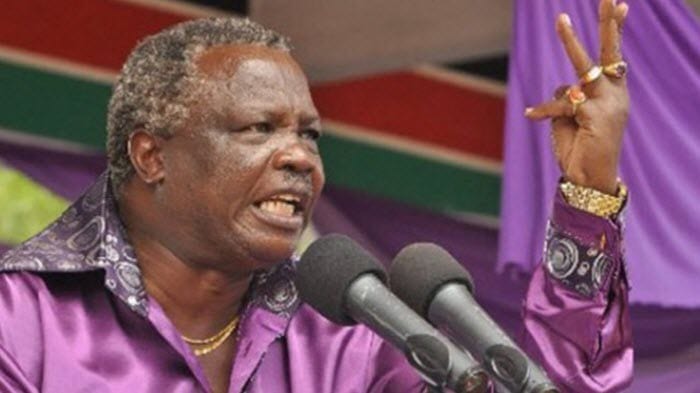 Last week was a defining moment for the handshake and the Building Bridges Initiative after president Uhuru and the Former Prime Minister appeared together ending speculations that the handshake was on it's deathbed.

Uhuru and Raila will later inspect projects in Nairobi and also issued a joint press briefing at state house Nairobi.

Uhuru was reported to have paid a courtesy call to Raila's Karen home and it had been alleged that the main reason for Uhuru's visit was to calm down rising suspicions among Raila's ODM. 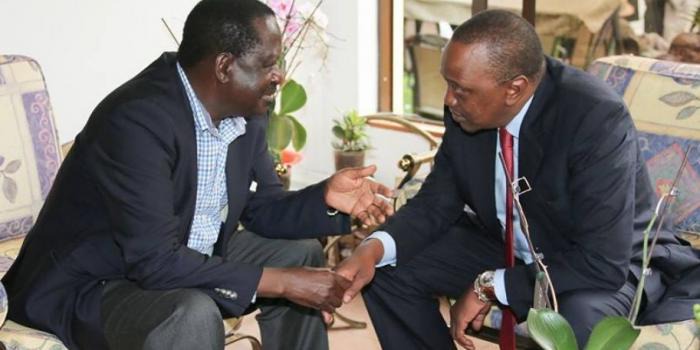 Some Members within ODM had begun to hint at abandoning the handshake and the BBI.

Speaking to the Standard, Atwoli has revealed that the visit had absolutely nothing to do with the BBI or the handshake.

According to Atwoli, Uhuru had only visited Raila to check on how he was doing after he had just discharged from the hospital and had also tested negative for COVID-19.

Atwoli has even stated that he also paid a courtesy call to the Former Prime Minister to check on how he was doing.

Atwoli has further insisted that there is no misunderstanding in the handshake as many people have been alleging. 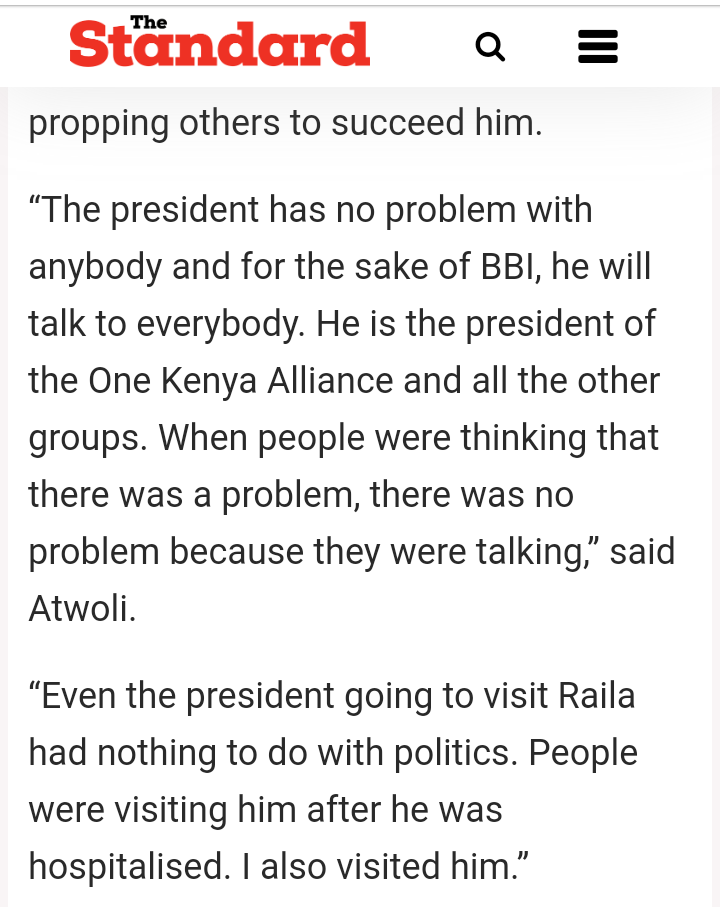 Content created and supplied by dmungafu.Opera News is a free to use platform and the views and opinions expressed herein are solely those of the author and do not represent, reflect or express the views of Opera News. Any/all written content and images displayed are provided by the blogger/author, appear herein as submitted by the blogger/author and are unedited by Opera News. Opera News does not consent to nor does it condone the posting of any content that violates the rights (including the copyrights) of any third party, nor content that may malign, inter alia, any religion, ethnic group, organization, gender, company, or individual. Opera News furthermore does not condone the use of our platform for the purposes encouraging/endorsing hate speech, violation of human rights and/or utterances of a defamatory nature. If the content contained herein violates any of your rights, including those of copyright, and/or violates any the above mentioned factors, you are requested to immediately notify us using via the following email address [email protected] and/or report the article using the available reporting functionality built into our Platform. Read more>>