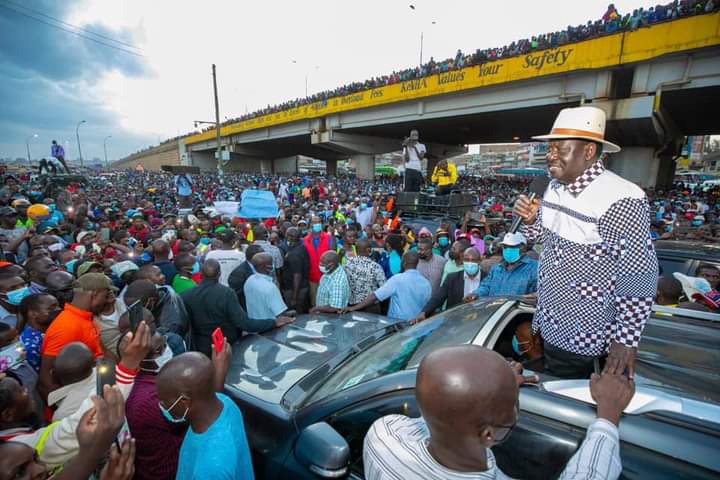 View pictures in App save up to 80% data. (photos courtesy)

For the past three days, the former prime minister Raila Odinga had been campaigning at the Mount Kenya region.

Raila's first visited Laikipia County where he made several Impromptu stops trying to lure in locals to vote for him come 2022.

Yesterday the ODM leader made several stops along the busy Thika and Nyeri1Nairobi Highway.

During his memorable tour, several leaders from the famous Kieleweke team accompanied him, among them were Kanini kega and Sabina Chege.

However, Dp Ruto Close Ally Dennis Itumbi has revealed two things that the group avoided during the Mount Kenya tour. 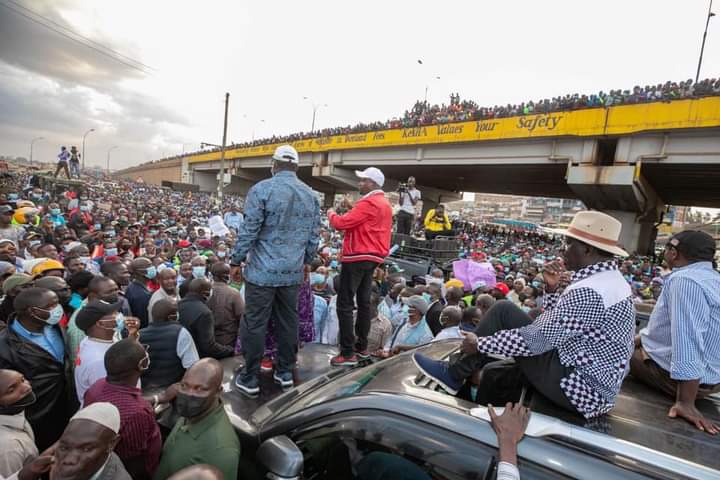 1. None of them spoke anything against @UDAKenya, Wheelbarrow, Hustler, or Hustler-In-Chief. You knew what NOT to touch.

2. None of you asked the People to vote Baba.

Some previous reports have it that Baba was to be endorsed by President Uhuru Kenyatta as his successor when he leaves office next year.

Baba had previously had a hard time trying to convince mount Kenya residents to vote for him for the longest time ever.

As 2022 draws closer, many political alliances and affiliations are slowly forming as many eye political5 seats in during the next elections. 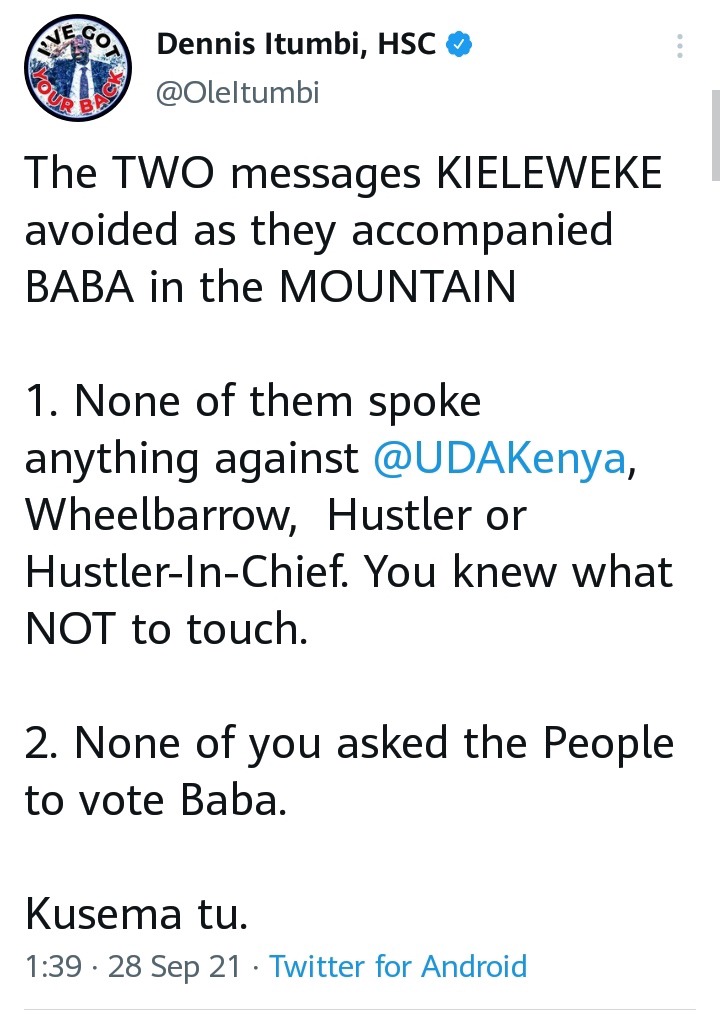