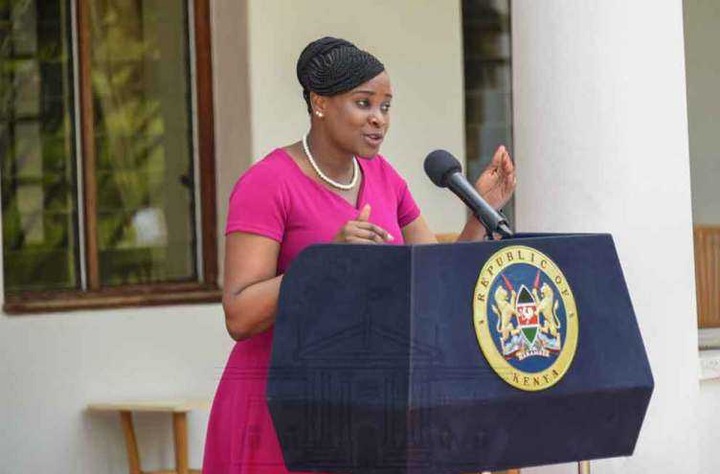 Yesterday, Deputy President William Ruto dismissed allegations that he has been a stumbling block towards his reconciliation calls with President Uhuru Kenyatta initiated by the Catholic Bishops.

Proving his innocence, Ruto released a letter dated 16th September, and addressed to the Kenya Conference of Catholic Bishops (KCCB), agreeing to have unity talks with his boss.

This came after the Bishops claimed that the two leaders had not responded to talks invitation.

Different sources who spoke with the Standard revealed that Ruto's response was written, stamped and personally handled to the offices of the Bishops at Catholic Secretariat Waumini House Westlands, Nairobi.

Emmauel Talam who serves as William Ruto's Director of Communication argued that the Bishops were not telling the truth on their push to have the two leaders bury the hatchet.

When she was reached for an answer on whether the Bishops reached out to the president, what mode of engagement was used, and if things are working out, State House Spokesperson Kanze Dena only uttered, 'No Comment.'

A highly placed government official argued that the president was not interested in the talks on claims that his deputy was not genuine, adding that the talks will only worsen the situation at hand. 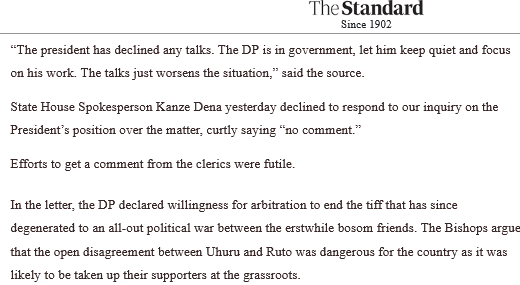