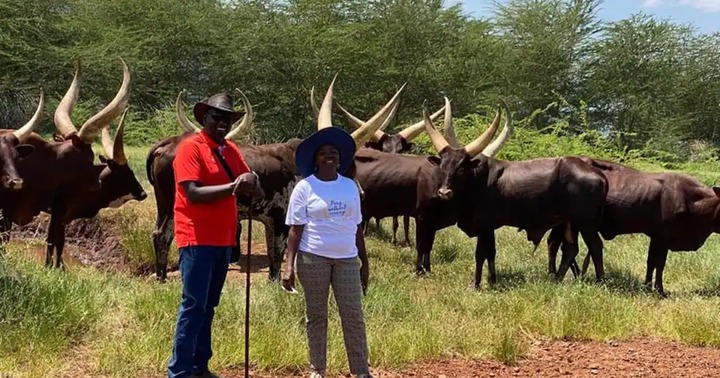 Just a day after Interior CS Dr Fred Matiang'i listed several properties linked to Deputy President William Ruto, the DP came out to disown some of the properties

On Wednesday, CS Matiang'i listed some of the properties owned by the DP, and the exact number of police officers deployed to secure them.

A day later, on Thursday, the DP came out and denied some of the properties by saying the CS was only 70 per cent right.

DP Ruto particularly denied owning 15,000 acres in the 64,000-acre Agricultural Development Corporation's Mutara Ranch in Laikipia County, where Matiangi had said some officers were attached to, to protect the DP's properties.

“The Office of the President was 70 per cent right but they added me some property like the ADC land that isn’t mine,” said Ruto.

The second in command denied the ownership of the property when he hosted a group of leaders from Nakuru County at his Karen home.

The publication managed to talk to one of the employees at the ADC, who said there are several heads of cattle at the place, estimated to be at least 5000 cattle.

The Standard further reports that the place is highly secured, with a police station found inside the range, an electric fence around, and deep trenches to keep off intruders.