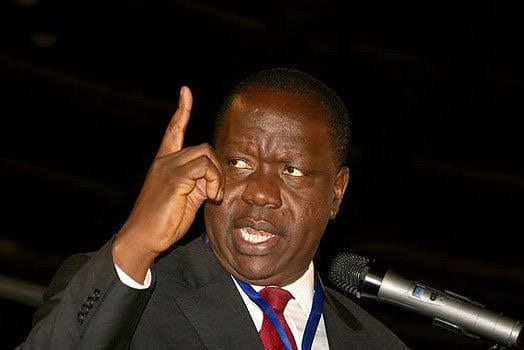 View pictures in App save up to 80% data. A hard task for police officers in Laikipia as some reveal no orders given by their bosses upon deployment.

Although the Ministry of Interior sent officers to Laikipia Country to help in restoring peace, fresh details have emerged that the officers deployed have been ordered not to shoot the bandits despite the ongoing invasions.

According to a report via the Nation, one of the police officers has informed that the trouble with Laikipia operations is thay Officers on the ground have not received orders to shoot at the marauding gangs.

"Had we been organized, we would have surrounded those bandits and eliminated them. They know the terrain and appear to be more organized than us," a corporal said requesting anonymity.

"That is why police officers are being killed or injured yet no bandits has ever been apprehended," he added.

The officers have also informed that the police deployed have no experience with shooting, informing that it is unfortunate to see that the government brings police officers who have handled a gun for less than a year to battle people who have had firearms since childhood.

"We have not been given instructions to kill these bandits. All we are doing is chasing them and holding Ol moran shopping center, where internally displaced people have found refuge," another officer has disclosed.

A local identified as Yuvinas Bosire has also informed that during a recent meeting held by Rift Valley Police Commissioner George Natembeya, the locals identified some bandit but despite screaming the Police were not sent to go and arrest them.