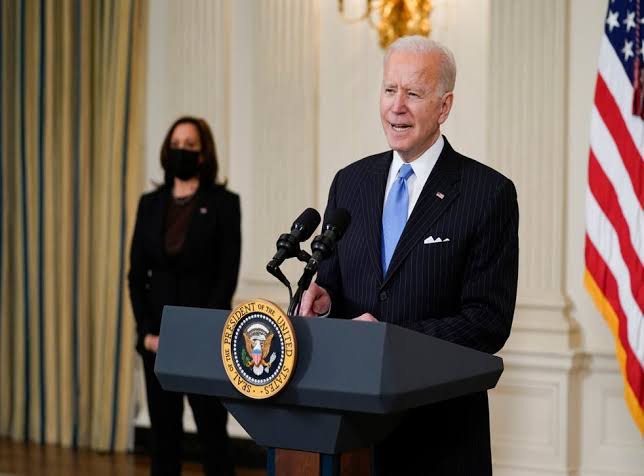 Despite having been hopeful that the trade agreements between Kenya and the United States of America would be completed soon, it has emerged the same might not happen.

The trade agreements talks had begun after the Kenyan Head of State president Uhuru Kenyatta visited the White House when the former US president Donald Trump was still in power.

However, according to a senior government official, the Negotiations for a Free Trade Agreement (FTA) have already stalled since Donald Trump was defeated from power by the current president Joe Biden. 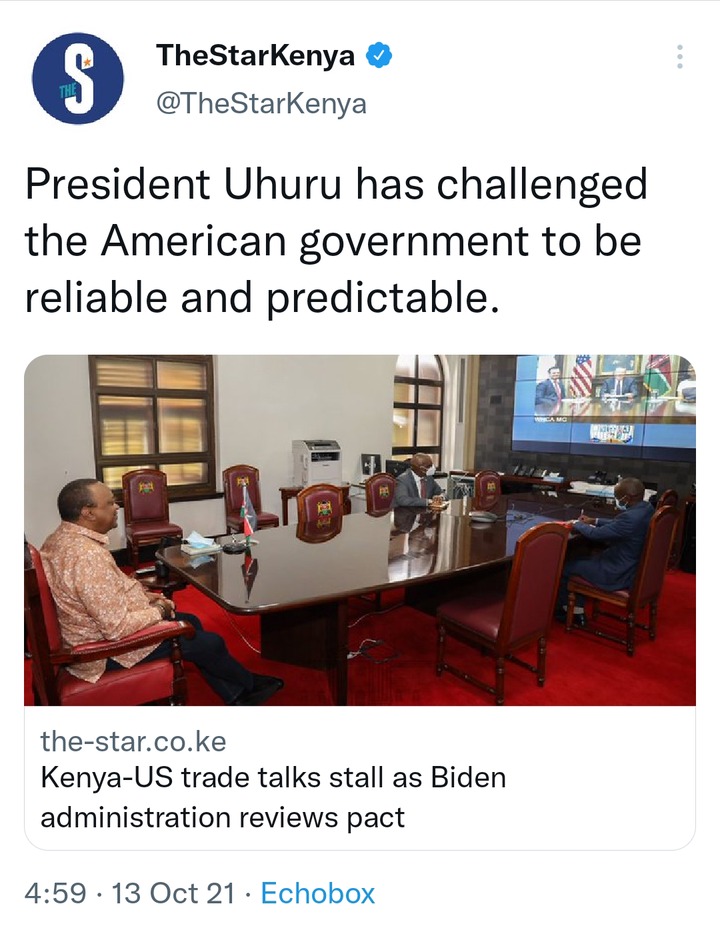 According to some sources, the reason why the talks have stalled is because the current president of the United States of America had to take time to come up with his team.

Trade experts have since warned that unless the matter is addressed promptly, it might take longer than expected to have the talks completed.

President Uhuru Kenyatta has already sent out a message to the government of the United States of America challenging them to be reliable in their negotiations with the East African country.

“Reliability and predictability in a partner is something that is critical. To our American friends, I would like to say that you know you cannot start and stop a discussion with partners on the basis of one administration after another. Relationships are between countries and people not between administrations,” Uhuru said.

Content created and supplied by L-News254.Opera News is a free to use platform and the views and opinions expressed herein are solely those of the author and do not represent, reflect or express the views of Opera News. Any/all written content and images displayed are provided by the blogger/author, appear herein as submitted by the blogger/author and are unedited by Opera News. Opera News does not consent to nor does it condone the posting of any content that violates the rights (including the copyrights) of any third party, nor content that may malign, inter alia, any religion, ethnic group, organization, gender, company, or individual. Opera News furthermore does not condone the use of our platform for the purposes encouraging/endorsing hate speech, violation of human rights and/or utterances of a defamatory nature. If the content contained herein violates any of your rights, including those of copyright, and/or violates any the above mentioned factors, you are requested to immediately notify us using via the following email address [email protected] and/or report the article using the available reporting functionality built into our Platform. Read more>>