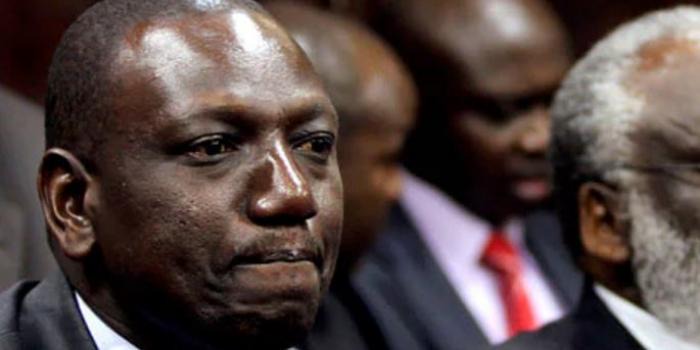 The Hustler Nation Intelligence Bureau (HNIB) agents, led by their master and Hustler Nation spokesperson Dennis Itumbi, were on Sunday night exposed after they allegedly lied while addressing the properties owned by Deputy President William Ruto.

A few hours after Interior CS Dr Fred Matiangi had listed some of the multi-million properties owned by the DP and the number of police officers guarding them, Itumbi and his alleged agents gave a different narrative, disowning some of the properties.

Among the properties he disowned is the Murumbi farm in Kilgoris.

He said, "William Ruto does NOT own any property by the name Murumbi Farm." 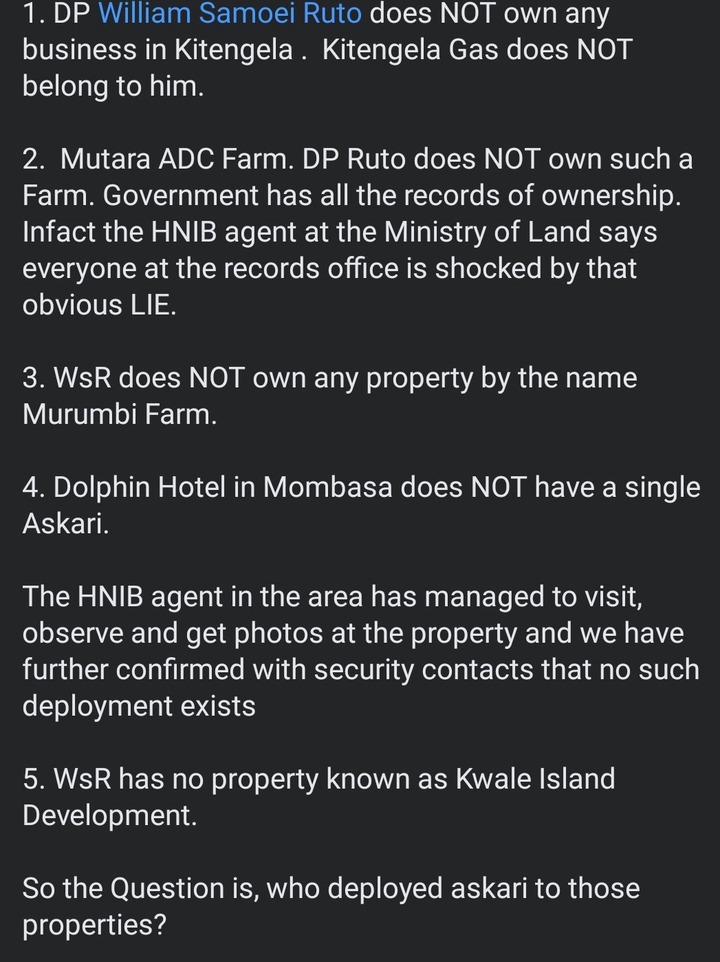 However, Senator Ledama Olekina has taken to Twitter and exposed Itumbi and his agents by saying the second in command owns the said piece of land.

According to the Senator, inherited the piece of land from Agricultural Finance Cooperation (AFC), courtesy of the influence he got.

"Your agents are wrong Expressionless face Ruto owns The Murumbi farm in Kilgoris ... he used his influence to take ownership of the land from Agricultural Finance Cooperation (AFC) which had charged the property ages ago and did not inform the family of the late Vice President," the Senator tweeted while responding to Itumbi. 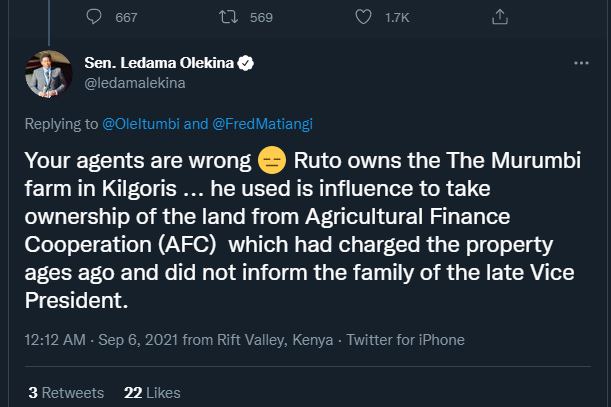 DP Ruto told Kenyans that he owned the properties that CS Matiangi had listed, adding that the CS had forgotten to mention other properties such as the shares he had with Safaricom and Kenya Airways.

However, he said Matiangi was only 70 per cent right, thus disowning other properties. 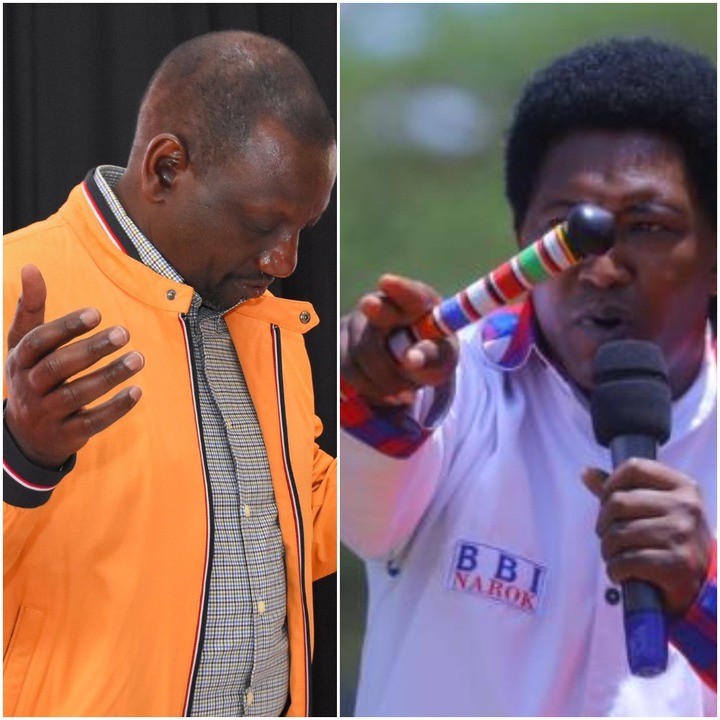