Doom For Sonko: Details of Uhuru's Phone Call That Forced Elachi to Resign 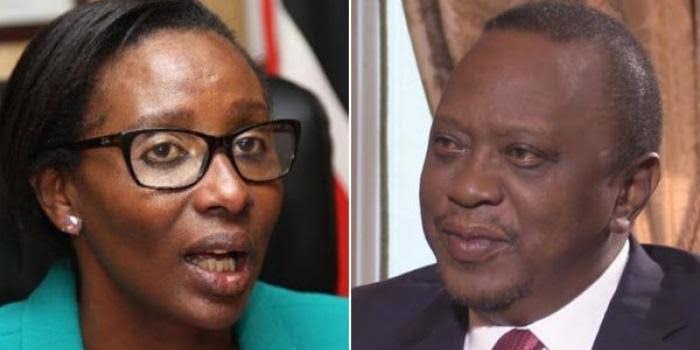 View pictures in App save up to 80% data. On the 11th Of August Kenyans woke up to a surprise as the embattled Nairobi County Speaker Beatrice Elachi Announced publicly about her resignation.

She said that the decision that she made was voluntarily to pave way for the Nairobi Metropolitan services to take charge of Nairobi County.

However according to a report by the People Daily Newspaper Speaker Beatrice Elachi did not voluntarily decided to resign but she did so because president's phone call.

Sources close to statehouse who spoke to the people daily Said that the decision by Elachi was unpopular but she had to Obey the president. The president made a decision to tell Elachi to resign so that he could be able to take the Nairobi governor Mike Sonko.

Elachi threatened to take the Government to court but the source who spoke to the people daily revealed that she retreated her decision when statehouse promised her a government job.

The Nairobi Governor Mike Sonko has an uphill task as the president's office continues to gain momentum in Nairobi through the NMS projects.