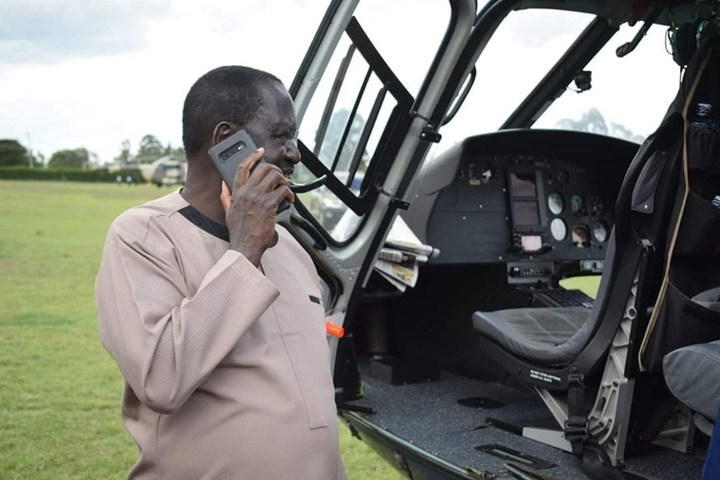 Orange Democratic Movement (ODM) party leader Raila Odinga is preparing for his 5th Presidential attempt in the country after failing to clinch the top seat in all his attempts. The ODM leader is yet to publicly state his intentions ahead of the 2022 general elections but he is still the strong ODM candidate to fly the party’s flag and plans are underway.

According to a local publisher the standard, Raila has purchased Four choppers from France and are set to arrive in the country this week where they will be assembled. 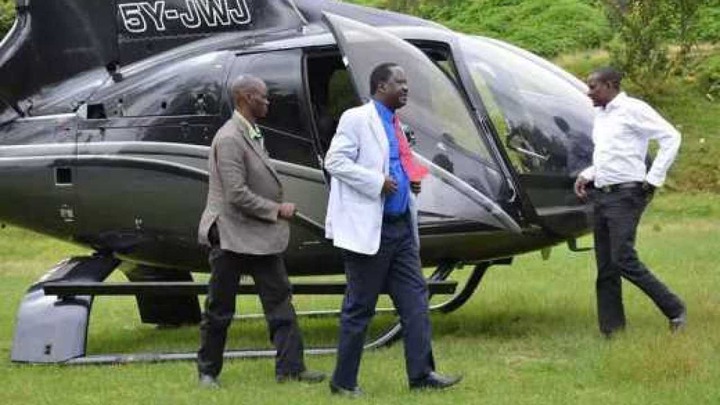 According to the same publication, the choppers are of the latest models and will definitely be of use during the next elections. Speaking to the standard, an ODM MP revealed to the publication that it was indeed true the 4 choppers were on the way and are just but part of the 2022 campaigns preparations. 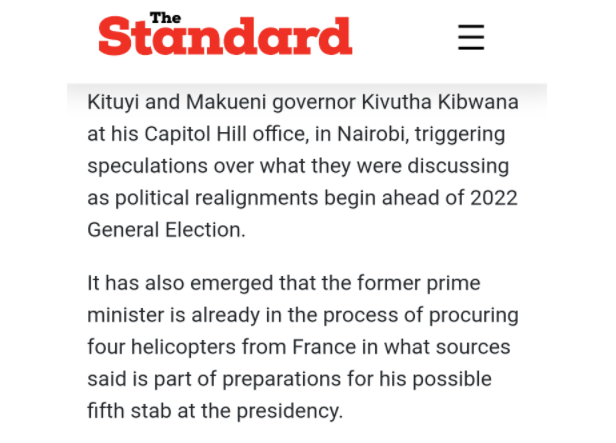 However, despite the huge preparations, chaos loom in the opposition party following Hassan Joho’s latest comments that he is the fit and ideal candidate for ODM and asked Raila to take a rest. His sentiments may crash with Raila’s plans considering he is best suited to take on DP Ruto.

Content created and supplied by NoniNewz.Opera News is a free to use platform and the views and opinions expressed herein are solely those of the author and do not represent, reflect or express the views of Opera News. Any/all written content and images displayed are provided by the blogger/author, appear herein as submitted by the blogger/author and are unedited by Opera News. Opera News does not consent to nor does it condone the posting of any content that violates the rights (including the copyrights) of any third party, nor content that may malign, inter alia, any religion, ethnic group, organization, gender, company, or individual. Opera News furthermore does not condone the use of our platform for the purposes encouraging/endorsing hate speech, violation of human rights and/or utterances of a defamatory nature. If the content contained herein violates any of your rights, including those of copyright, and/or violates any the above mentioned factors, you are requested to immediately notify us using via the following email address [email protected] and/or report the article using the available reporting functionality built into our Platform. Read more>>