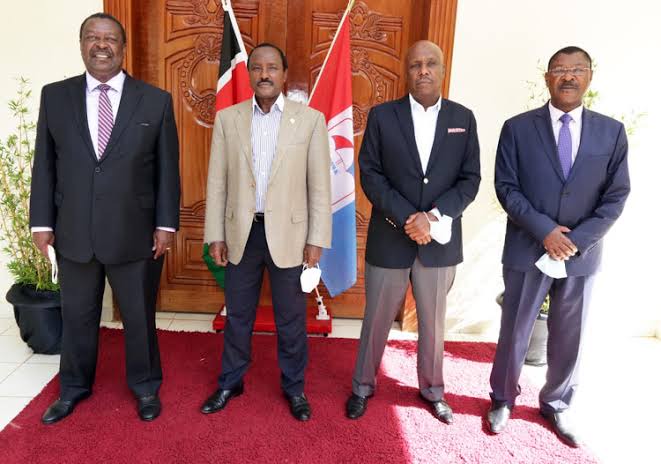 The 2022 Presidential elections are just around the corner with several candidates expressing interest in taking over from President Kenyatta when his term comes to an end. The race has been predicted to be a two-man affair between DP William Ruto and EX-PM Raila Odinga.

The likes of Musalia Mudavadi, Kalonzo Musyoka, Gideon Moi, and Moses Wetangula are expected to play second fiddle to the proceedings. The four leaders are currently under the One Kenya alliance where there have been reports of In-house wrangles and fighting in the last few months. 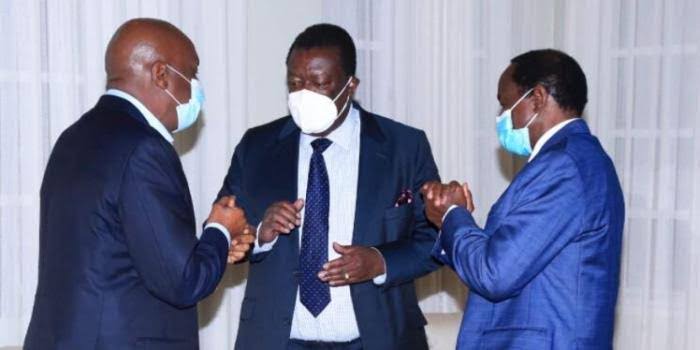 The biggest challenge so far has been finding the perfect candidate to take on Raila and Ruto in the ballot with the group split between Kalonzo and Mudavadi.

The Rift was played out on Sunday after the ANC leader refused to join his colleagues who had camped in Kitengela. Mudavadi's camp blamed the other OKA Leaders for making such plans without involving him from the start. 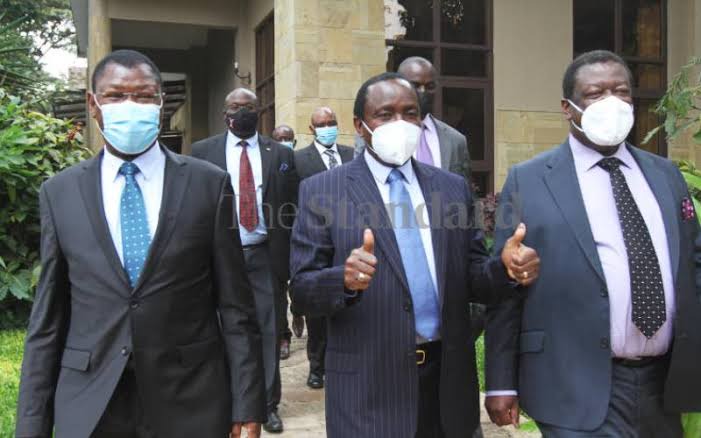 It has now emerged that Gideon Moi and Kalonzo Musyoka have taken a soft stand after talks with Raila Odinga. The two principals are said to be on the move to Raila's Camp ahead of 2022. Mudavadi however has remained consistent that he will not be backing the ODM Leader no matter what. 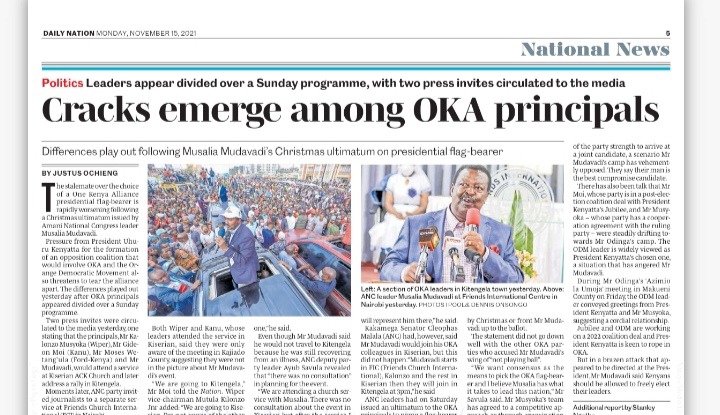