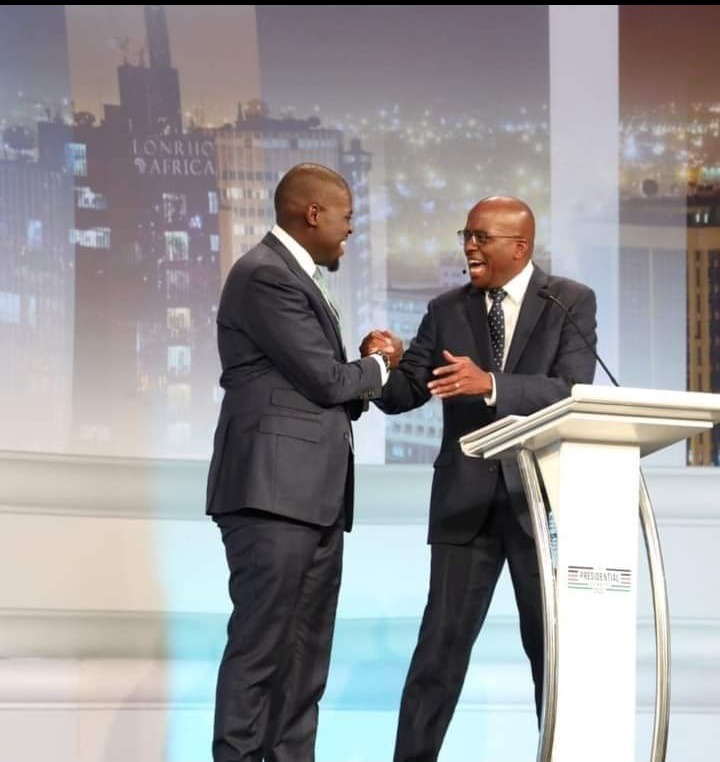 View pictures in App save up to 80% data. Yesterday, Kenyans were treated to some interesting dramas after Polycap Igathe and Sakaja showed who deserved the Nairobi gubernatorial seat during a live TV debate.

According to him, Uhuru will today be campaigning for the former prime Minister Raila Odinga and Igathe in several Nairobi constituencies.

It has emerged that the president will be visiting several markets before he issues title deeds at Kasarani.

On the other hand, Itumbi has alleged that the Azimio flag bearer Raila Odinga might be shying off from the debate.

This interesting development comes at the final lap as leaders now put on their last gear campaigning for various positions around the country.

Previously president Uhuru kenyatta had stopped campaigning for his preferred successor Raila Odinga, however if the Allegations by Itumbi are true then a major show down is expected in the next few weeks. 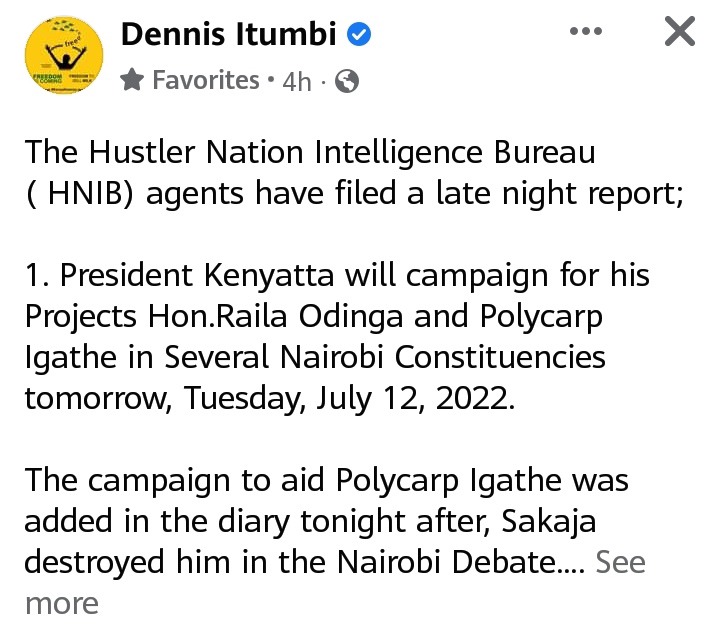