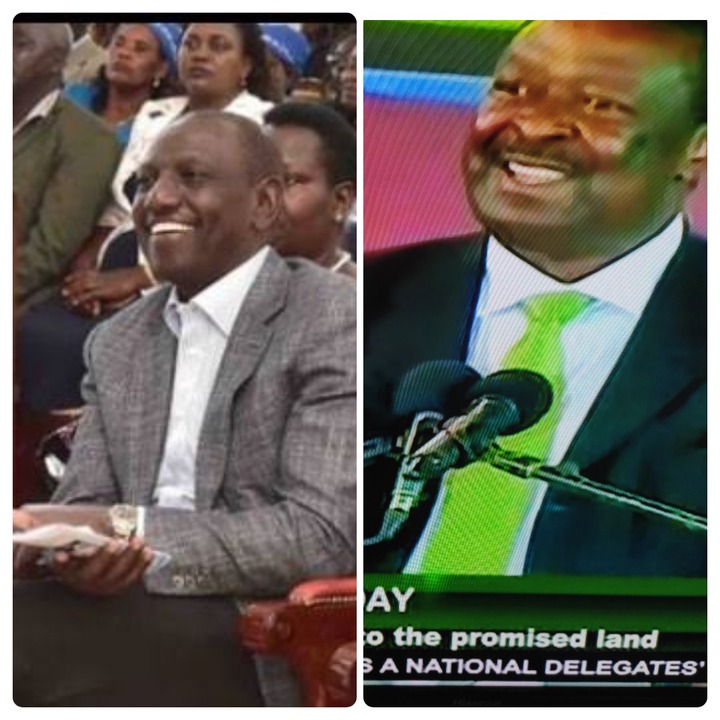 Musalia Mudavadi's ANC National Delegates Conference at the Bomas of Kenya has attracted immense reactions from Kenyans from all walks of life.

Mudavadi has moved the mammoth crowd in a unique manner as he explained to Kenyans why he is fit to be the fifth president of the republic of Kenya.

Mudavadi said that his aim is to restore the economy of the country in his common mantra ; uchumi bora, pesa mfukoni.

Mudavadi cautioned the government against commercial borrowing with a short term repayment period.

Musalia said even the hustlers in the country require a sustainable economy. The moment he mentioned hustlers, DP Ruto was seen on the cameras clapping massively.