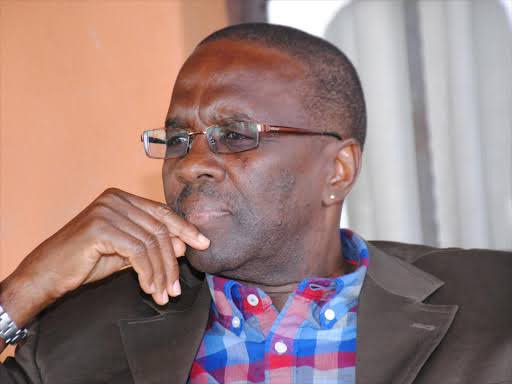 View pictures in App save up to 80% data. The former Chief Justice Willy Mutunga has weighed in on the political atmosphere in the country exactly 50 days before the election.

Mutunga while speaking to KTN News' Sofia Wanuna on Sunday night gave his thoughts about the dramatic and hard-to-decipher fallout between President Uhuru Kenyatta and his deputy William Ruto.

Dr Mutunga claimed that Uhuru may have foreseen the possibility of Ruto turning against him after clinching power in August. He added that the president had to protect his dynastic family, his interests and those of billionaires in high places. To do this, he had to back a reliable presidential candidate, and Ruto was not the one.

"Perhaps President Uhuru at some point, particularly in the second term realized that his deputy would not protect him. Why would he go look for somebody else to protect him if that was not the issue? I don't know the reason for the fallout but he felt that Ruto would go for him and his family's interests including the status quo. The assets of the Kenyan billionaires and the dynasties," the former President of the Supreme Court said.