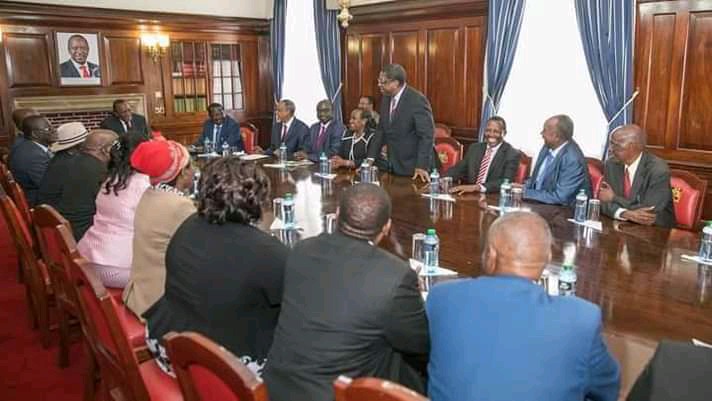 View pictures in App save up to 80% data. As 2022 succession politics continues to heighten, President Uhuru Kenyatta is deeply concerned about sending DP Ruto packing for good in the 2022 presidential elections.

And now names of those that have been grouped to ensure DP Ruto's match to State House is stopped, has been leaked.

Another one who has been mentioned, to be in the succession matrix to deal with Ruto is also Cabinet Secretary for Interior Fred Matiang'i.

According to The Star, the leaders have been holding regular and secret meetings, with the agenda being to push for Raila Odinga's presidency in 2022. 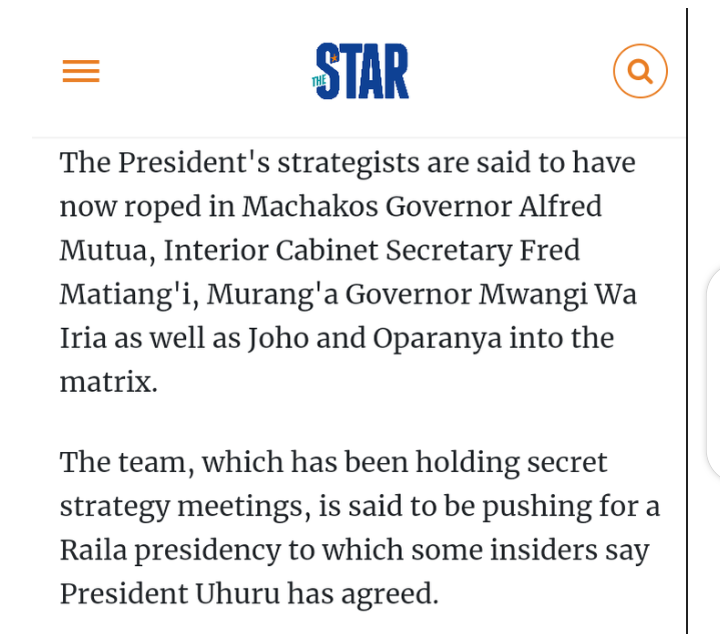 View pictures in App save up to 80% data. Some of the State House operatives also said that Uhuru has already agreed to back Raila for the top seat in 2022 to face DP Ruto.