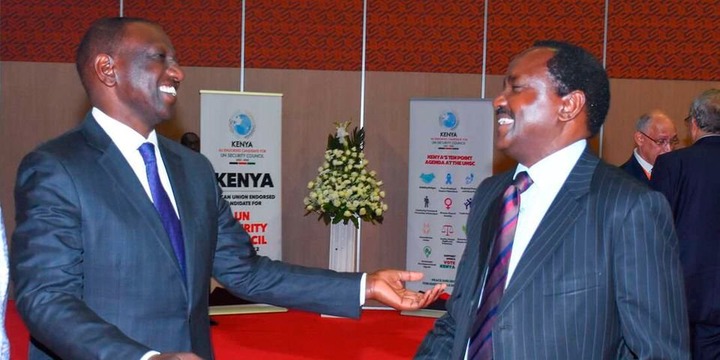 View pictures in App save up to 80% data. A close ally to Deputy President William Ruto has seemed to stake high on Raila Odinga, DP Ruto's Presidency revealing why he[Raila] should not miss in the ballot.

Kisii Deputy Governor Joash Maangi has in an interview with Citizen TV seemed to praise Raila Odinga indulgence in Kenyan politics more so when it comes to his involvement in presidential elections.

According to Maangi, he has said that the Orange Democratic Movement Party leader has always played an important role in the presidential elections alleging that if the former Prime Minister happens not to vie come the year 2022 it will deal a big blow to many Kenyans.

Hon Maangi has described Raila Odinga as a leader who always makes elections in Kenya live adding that Raila's absence in the 2022 ballot "may deny Kenyans the excitement of a presidential campaign." 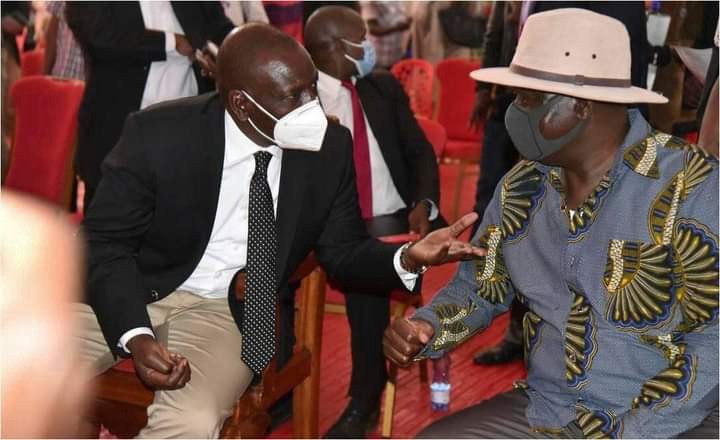 "Raila Odinga has played a crucial role in presidential elections. His absence from the ballot may deny Kenyans the excitement of a presidential campaign...," Kisii Deputy Governor Joash Maangi has said.

The Kisii Depuy Governor has also named the person whom he thinks will succeed President Uhuru Kenyatta after the end of his tenure alleging that both Deputy President William Ruto and former Prime Minister Raila Odinga have the potential.

"The next president of Kenya will either be William Ruto or Raila Odinga," Joash Maangi has added.

Content created and supplied by kagane_ke.Opera News is a free to use platform and the views and opinions expressed herein are solely those of the author and do not represent, reflect or express the views of Opera News. Any/all written content and images displayed are provided by the blogger/author, appear herein as submitted by the blogger/author and are unedited by Opera News. Opera News does not consent to nor does it condone the posting of any content that violates the rights (including the copyrights) of any third party, nor content that may malign, inter alia, any religion, ethnic group, organization, gender, company, or individual. Opera News furthermore does not condone the use of our platform for the purposes encouraging/endorsing hate speech, violation of human rights and/or utterances of a defamatory nature. If the content contained herein violates any of your rights, including those of copyright, and/or violates any the above mentioned factors, you are requested to immediately notify us using via the following email address [email protected] and/or report the article using the available reporting functionality built into our Platform. Read more>>