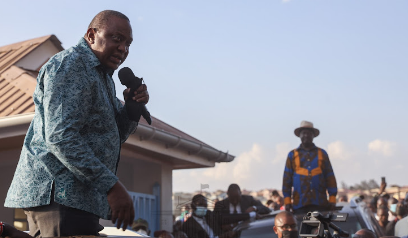 Kieni MP James Mathege better known as Kanini Kega has dismissed claims that President Uhuru Kenyatta's sentiments on his visit to Kibra a week ago implied an endorsement to the former Prime Minister Raila Odinga.

The vocal Mt Kenya MP who has been considered to be supporting Raila's presidential bid argued that the President cannot endorse anyone, and he can only offer guidance on how or who he feels will solve the problems of the country and safeguard his legacy once he retires.

"I don't think it will be right for Uhuru to do any endorsement, he has only one vote, and the era of endorsements is long gone," said Kega.

He went on to state that even in an endorsement, Kenyans will make their own informed decision which might be in support or against the endorsed candidate.

His remarks comes at a time when political analysts argue that it would be a death trap for Uhuru to endorse Raila since he will be seen as a government project, and hence be voted against.

Speaking on Wednesday morning with Kalenjin radio stations, the former Prime Minister refuted allegations that he is Uhuru's project, adding that he would be happy to have his back up in 2022. 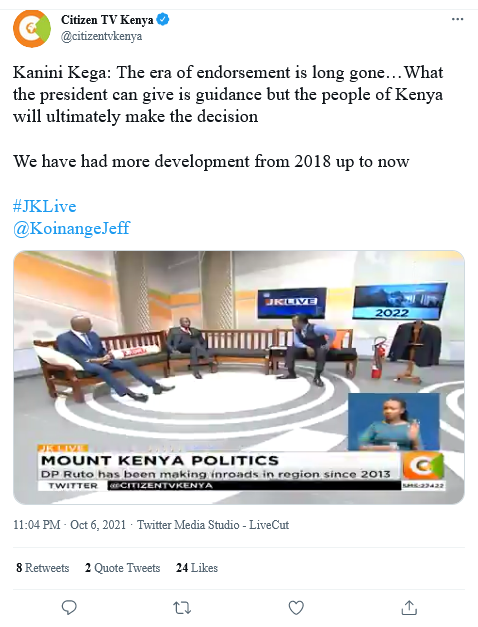 Content created and supplied by @Milly.Opera News is a free to use platform and the views and opinions expressed herein are solely those of the author and do not represent, reflect or express the views of Opera News. Any/all written content and images displayed are provided by the blogger/author, appear herein as submitted by the blogger/author and are unedited by Opera News. Opera News does not consent to nor does it condone the posting of any content that violates the rights (including the copyrights) of any third party, nor content that may malign, inter alia, any religion, ethnic group, organization, gender, company, or individual. Opera News furthermore does not condone the use of our platform for the purposes encouraging/endorsing hate speech, violation of human rights and/or utterances of a defamatory nature. If the content contained herein violates any of your rights, including those of copyright, and/or violates any the above mentioned factors, you are requested to immediately notify us using via the following email address op[email protected] and/or report the article using the available reporting functionality built into our Platform. Read more>>