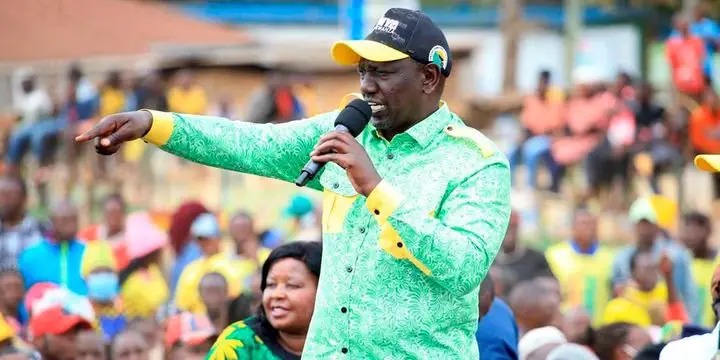 Deputy president William Ruto has congratulated Mathira member of Parliament, Hounerable Rigathi Gachagwa for a job well done today. Through his social media account, the second in command has hailed Gachagwa as a focused leader determined to stir the country to greatness. In his conclusion, he has asked Rigathi not to focus on what the media is saying about him but instead focus on selling Hustlers manifestos.

Deputy president William Ruto who is the United Democratic party running mate is expected to meet with Odinga next week where they will be tasked with the mandate of explaining to kenyans plans that they have for the benefits of the country.

Currently, they're moving from one region to another selling their agenda to the people of Kenya across different regions. Well, let's wait and see how things will play out soon ahead of August general election. 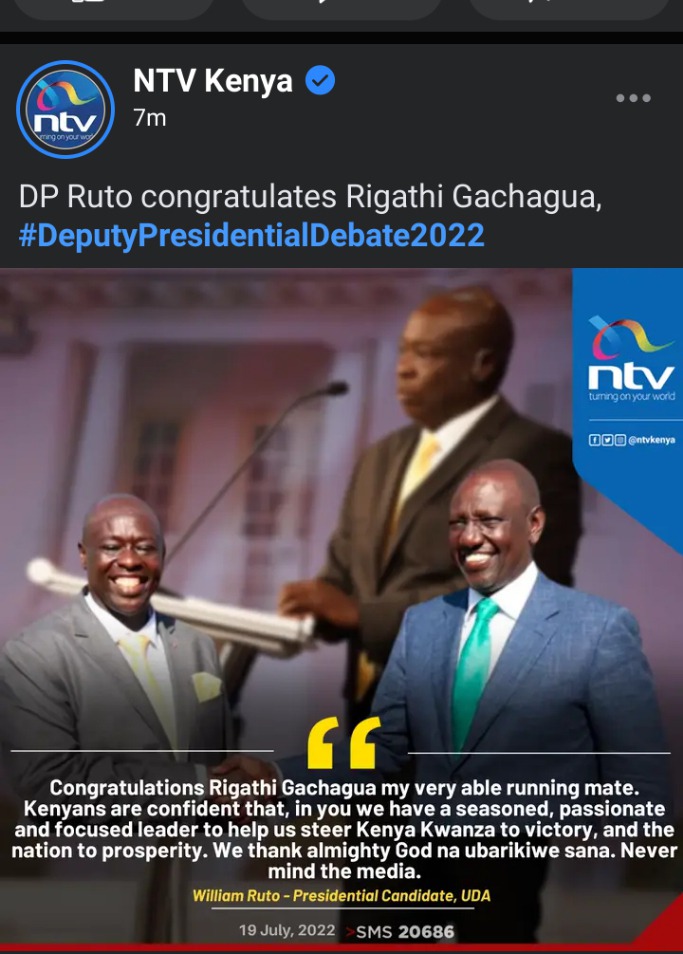