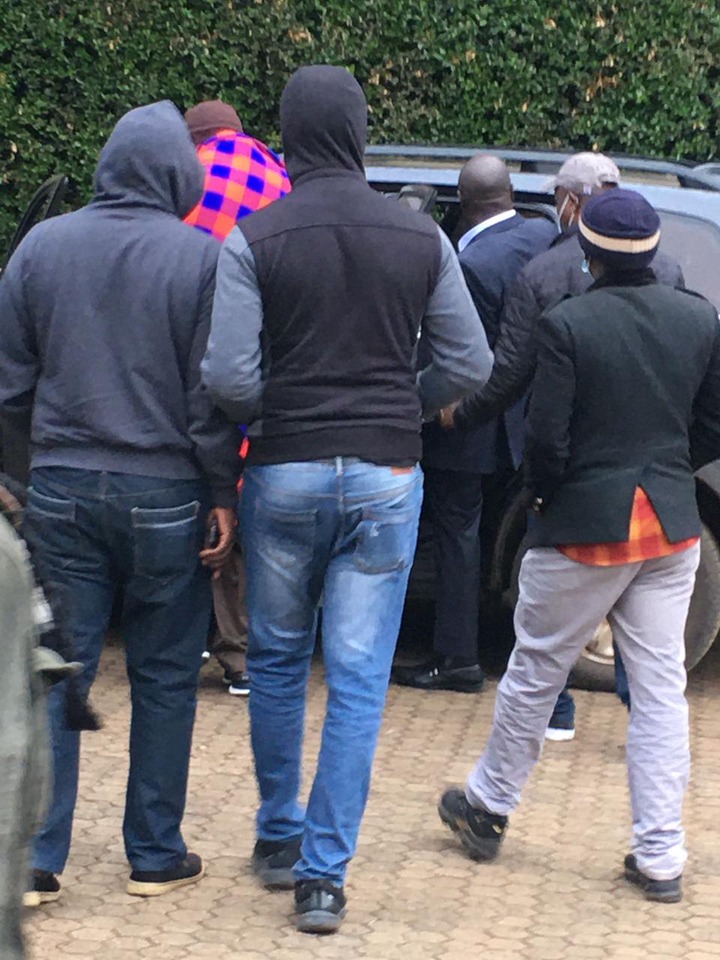 Mathira Member of Parliament Rigathi Gachagua has been arrested.

Dennis Itumbi, the Hustler Nation Spokesman, revealed that some of the politicians and individuals who financed, campaigned and helped in campaigns for the United Democratic Alliance (UDA) candidate in Kiambaa will be put behind bars.

He also noted that Gachagua will be arrested on Friday and help in custody over the weekend to break him.

Just like he said, things seems to be going as 0er his words.

Gachagua has been arrested by the Directorate of Criminal Investigations (DCI) detectives.

"Hon. Rigathi Gachagua arrested. By yesterday, @DCI_Kenya officers were saying they must keep him in over the weekend," wrote Itumbi.

In a new revelation, Dennis Itumbi has pointed out that Gachagua has been arrested for two reasons.

One, because he took part in the UDA Kiambaa by-elections campaign and secondly, because of yesterday's arrest of two judges.

Gachagua will be used as a cover up for the arrest of the two High Court Judges,Aggrey Muchelule and Said Juma Chitembwe accused of taking bribes in various cases assigned to them.

"Not only for Kiambaa, but also to cover up the mess we have done with the arrest of the two Judges. DCI is just , too much Noise, that signifies nothing," added Itumbi. 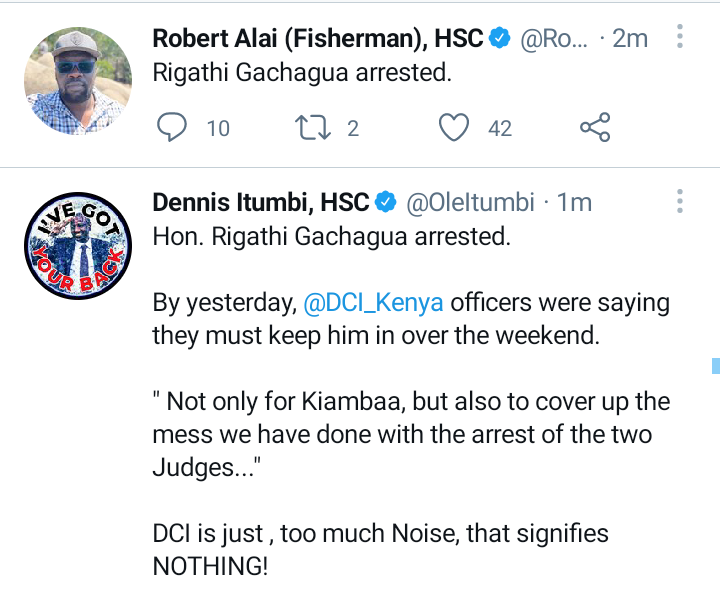