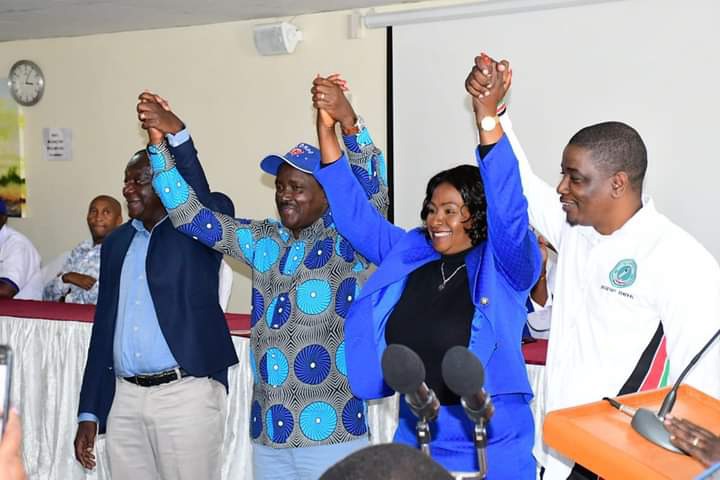 View pictures in App save up to 80% data. A famous Ukambani leader is counting losses after some unknown assailants allegedly burnt his vehicle.

According to sources, a car belonging to Chama Cha Uzalendo secretary general Phillipe Sadja was burnt by some unknown assailants at his residence.

Speaking after the incident detectives have revealed that some unknown people orchestrated the act and a manhunt to nab the assailant was underway.

The incident happened at his residence in Miwani estate, Machakos town. 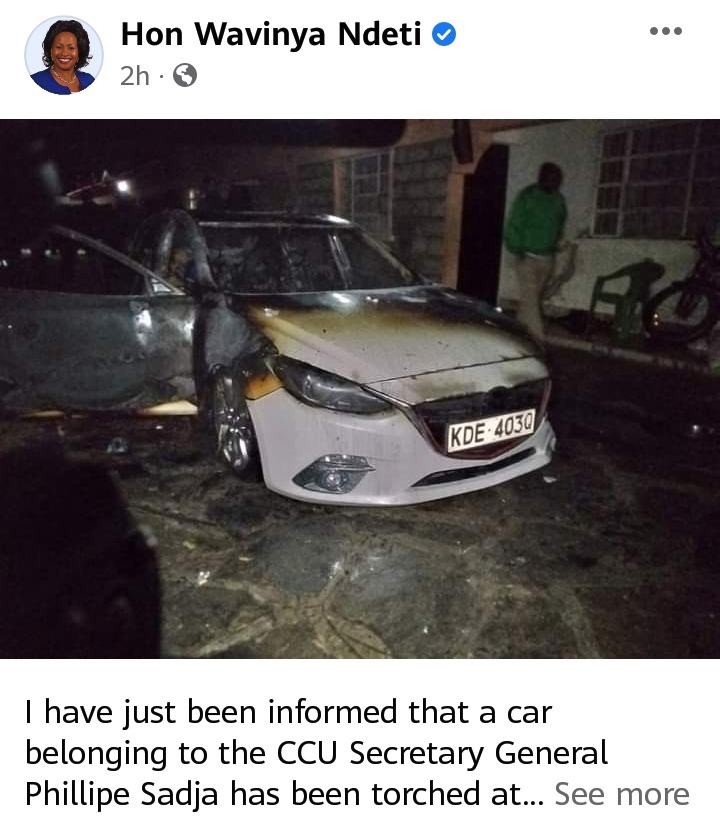 Sadly, this incident occurred just days after Sadja publicly announced that he had decamped from his party's leader and Machakos governor candidate Nzioka Waita's camp and threw his political support behind Wiper's Wavinya Ndeti.

Waita will be facing off, Wavinya Ndeti who has been seen as a favorite in the Machakos gubernatorial race.

Lately, some worrying incidents have been witnessed as politicians fight to clinch different political positions in the country.

Nevertheless, Kenyans have been urged to preach peace and also practice political tolerance to avoid such ugly scenes during and after polls. 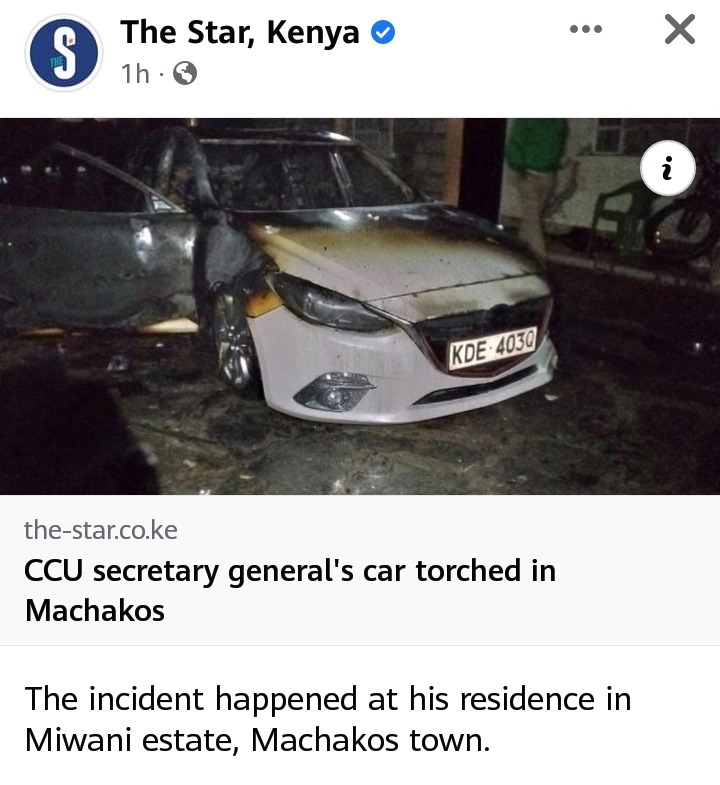