Matiangi Very Happy, Reveals What NIS Has Told Him About Next Week's Election 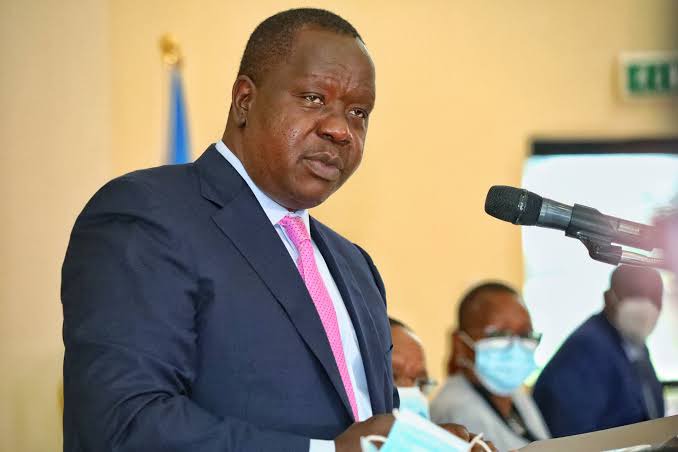 View pictures in App save up to 80% data. Interior Cabinet Secretary Fred Matiang'i has assured Kenyans of peaceful elections next week, despite alleged attempts by politicians to cause trouble.

The CS says that there are politicians making reckless remarks, allegedly to incite Kenyans, indirectly pointing at Deputy President William Ruto and members of his Kenya Kwanza brigade.

But he says that nothing will happen with regards to Kenyans turning against each other, stating that those trying to cause issues aren't succeeding.

Matiang'i states that he has received data from the National Intelligence Service (NIS) suggesting that the poll will be peaceful, calm and orderly.

He on Tuesday added that the data he has shows that Kenyans are having progressive discussions about the elections and are not being influenced by the politicians making irresponsible remarks. 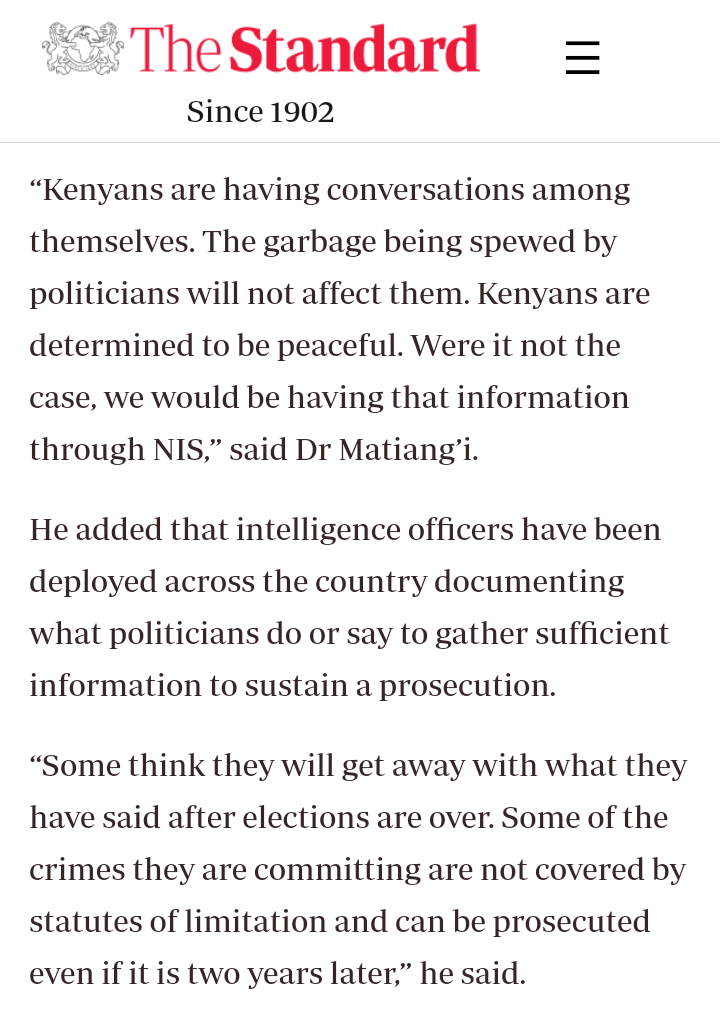 View pictures in App save up to 80% data. “Kenyans are having conversations among themselves. The garbage being spewed by politicians will not affect them. Kenyans are determined to be peaceful. Were it not the case, we would be having that information through NIS,” he is quoted by The Standard.

He made the remarks amid very intense claims from Ruto and his team, including allegations that some of the DP's associates' lives could be in danger.

This is after President Uhuru Kenyatta and his government's decision to support Azimio La Umoja's Raila Odinga and not the Second in Command.

Ruto and team have also been claiming that there are rigging plans and a plot by the state to use chaos in the DP's strongholds on the election day, warning that such might result in problems.

But Matiang'i has warned that such people will be in trouble after the poll or in the months that will follow, as they are being monitored by NIS officers.

“Some think they will get away with what they have said after elections are over. Some of the crimes they are committing are not covered by statutes of limitation and can be prosecuted even if it is two years later,” he is further quoted.