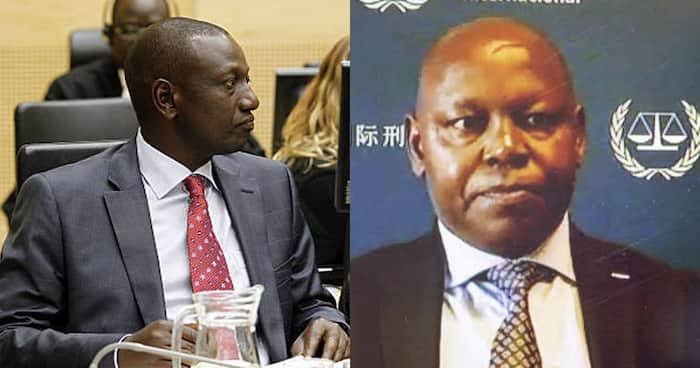 View pictures in App save up to 80% data. According to news hitting the air waves just now a famous teacher from Kakamega has mysteriously collapsed and died just days before he gave his testimony at the ICC.

According to sources, the well-known teacher now identified as Christopher Koech rushed out of school to meet someone only to be found foaming and sweating profusely by the roadside.

Sadly Koech died while receiving treatment at the same county facility raising eyebrows and suspicion of being poisoned.

Koech was to testify on the Gicheru - Ruto ICC case that has been taking place at the Hegue.

Sleuths have promised to dig deeper into the shocking update saying they were following leads and waiting for a post-mortem to determine what really transpired.

This s not the first time that an ICC witness jas mysteriously died in the country.

Questions have been raised as to who could be eliminating these people as they gwt ready to issue their statements against the kenyan deputy president William Ruto and his lawyer Paul Gicheru. 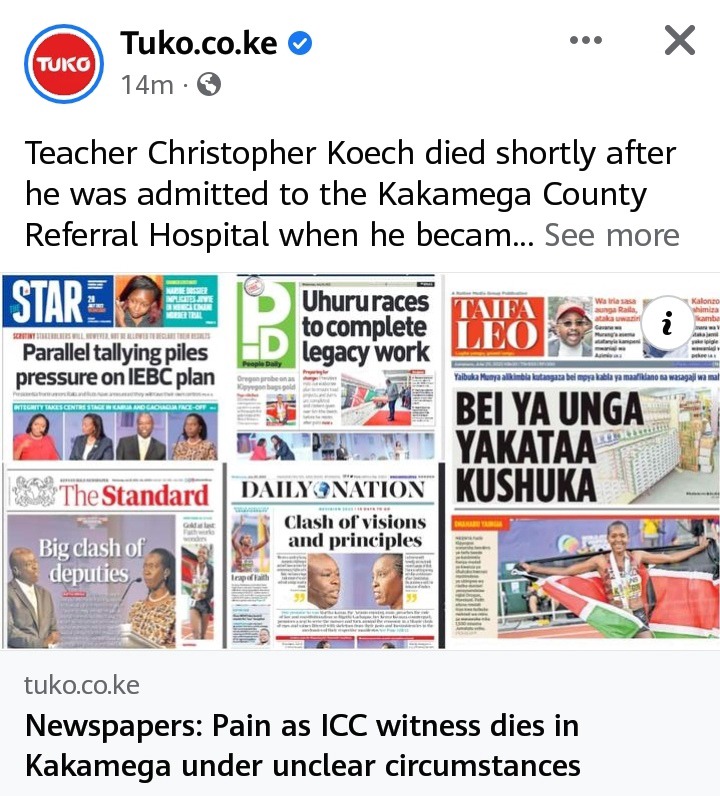