Business: Success Must Start Deep In Your Head (Opinion)

How can one explain to so many Ugandans that money as capital is way down the list of things needed for anyone to succeed in any business venture?

If money was way up there, why would many people inherit so much and die poor?

Why would an MP who earns over 30m a month become broke a few months after losing a seat in parliament?

Why would someone steal so much money from an institution but still die poor?

If you intend to set up say a roadside stopover in mubende for example, you need to deeply convince yourself beyond doubt and its only you that you are deeply convinced.... 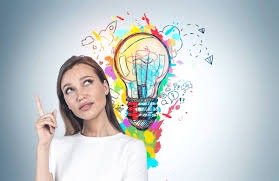 That deepened hope, will push you hard to save for the building bit and nothing will stop, people will steal your cement but you will still push.

When ready, that deepened hope you make you work long hours, you will cry but wake up hope again, many times the public won't even know about that pain. You won't care anyway.....

Just because you have suffered to achieve that step, you won't just throw away money!! You will have understood it's value and yes, you will avoid liabilities really hard. You will know how to deal with joy killers!!

Imagine at the time I started, if someone had given me say 200m shillings, would I had achieved the few things, we have been able to do? Never!!

Business has principles and those principles are learnt through trials and tribulations especially when you start from the baseline like myself...

and if you go off those principles doesnt matter how far you have gone, money is generally shy, it will shy away from you. You have to constantly renew your mind like the Bible advises us to do in life because we are constantly being tested

Like I have said before, to create wealth first find a source of income, then save as much as you can, then invest as wisely as you then watchout your lifestyle. Lifestyle is the major killer of progress.

Success must start deep in your head and mind.....