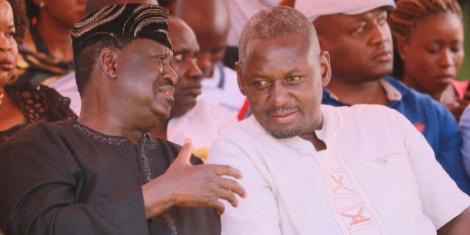 Kenya is a sovereign nation that is guided by the new constitution of 2010 which consist of fundamental human rights and freedoms that protect citizens.

Orange Democratic Movement (ODM) party that is under the leadership of the former Prime Minister Hon. Raila Amollo Odinga has reinstated Rarieda Constituency Member of Parliament Hon. Otiende Amollo as the vice chairperson of the Judicial and Legal Affairs Committee (JLAC) in the national assembly. 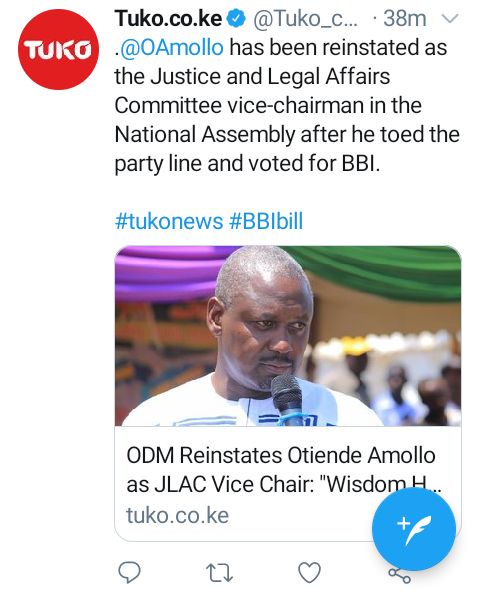 It's barely two weeks since ODM removed Hon. Amollo from the JLAC position citing the move that he opposed the BBI bill of creating more 70 Constituencies. Hon. Tom Joseph Kajwang the Ruaraka area Member of Parliament had replaced the Rarieda lawmamker.

Speaking to KTN news during an interview, the ODM secretary general Hon. Edwin Sifuna has declared that Otiende Amollo has been reinstated as JLAC Vice Chairperson after he voted yes for the BBI bill last week.

In conclusion, it's said that Amollo was reinstated back following a meeting held by Odm leader Raila Odinga, Kakamega governor Wycliffe Oparanya, James Orengo and Otiende Amollo to discuss the division that was looming in the party.

Content created and supplied by Felixotoro.Opera News is a free to use platform and the views and opinions expressed herein are solely those of the author and do not represent, reflect or express the views of Opera News. Any/all written content and images displayed are provided by the blogger/author, appear herein as submitted by the blogger/author and are unedited by Opera News. Opera News does not consent to nor does it condone the posting of any content that violates the rights (including the copyrights) of any third party, nor content that may malign, inter alia, any religion, ethnic group, organization, gender, company, or individual. Opera News furthermore does not condone the use of our platform for the purposes encouraging/endorsing hate speech, violation of human rights and/or utterances of a defamatory nature. If the content contained herein violates any of your rights, including those of copyright, and/or violates any the above mentioned factors, you are requested to immediately notify us using via the following email address [email protected] and/or report the article using the available reporting functionality built into our Platform. Read more>>